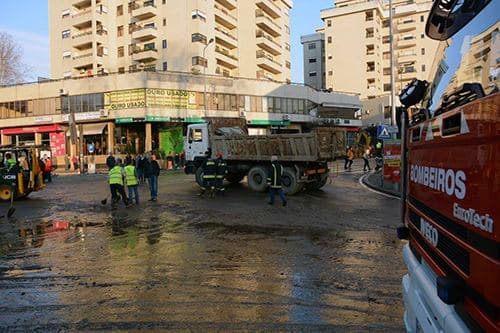 As of next year, all businesses will have to start issuing invoices for every single sale they make, from a cup of coffee to a haircut or car repair, with customers able to deduct the VAT from their IRS.

As part of the Government’s scheme to lower tax evasion, a measure included in the State Budget for 2012 and approved last week (see box), it will be possible to deduct up to 5% of the VAT on any purchase charged at 23% of VAT, up to a maximum amount of €250 per annum.

However, to benefit from the maximum deduction, a person would have to collect at least €26,637 a year worth of invoices, which means they would have to spend over €2,200 a month.

As an example, Portuguese online newspaper Dinheiro Vivo calculated that if a person was to spend €5.55 every day to buy lunch, he would only have spent €1,343 at the end of the year, which would translate into a fiscal benefit of €15.

As part of a larger set of measures aimed at promoting fiscal equity, it is now mandatory that all companies in Portugal issue official tax receipts for every sale or service they provide, even when not requested by the customer, with fines going up to €3,750 for those who don’t comply with the rules of the Ministry of Finance, which were announced by the Secretary of State for Fiscal Affairs Paulo Núncio at a Council of Ministers on July 18.

But the newly launched measure to encourage consumers to request invoices on purchases made is not innovative in any way: it follows a similar one implemented by the former Social Democrat Minister of Finance Manuela Ferreira Leite in 2003, which proved to be widely unsuccessful due to the extremely low amount of deduction – a maximum of €50 from the IRS.

With the latest measure demanding high expenditure to achieve a €250 deduction, many are now questioning if Pedro Passos Coelho’s Government is not condemned to the same failure.

Vasco Valdez, who was the Secretary of Fiscal Affairs in 2003, told Dinheiro Vivo last Friday that those who have “a tendency to evade taxes will do the maths and realise that avoiding the 23% of VAT is much more advantageous than getting the 5% benefit”.

He added: “It’s more effective to decrease the fiscal load to reduce the levels of evasion than to create new fiscal incentives.”

A more successful measure may be the one enforcing that, as of 2013, all companies operating in Portugal will have to send detailed monthly information to the Ministry of Finance regarding their issued invoices, enabling a quicker intervention from tax officials if the suspicion of tax evasion arises.

New measures are not so new, says PS

The Socialist Party (PS) said that the new measures approved by the Government to prevent tax evasion are not new: they were presented by the Socialist Members of Parliament in the government budget for 2012 and weren’t passed by the PSD/CDS majority.

The vice president of the Socialist parliamentary group José Junqueiro told Portuguese news agency Lusa that, whilst discussing the government budget for 2012, the PS party had already suggested that the issuing of invoices should become mandatory and that consumers should be able to deduct the VAT from the IRS from any purchase made in hotels, car repair workshops or restaurants.

In fact, the new measures will only apply to certain sectors, such as car repairs and maintenance, hospitality sector, restaurants, hairdressers and other similar services, with other sectors adopting the new rules from 2014.

“Why did the PSD/CDS majority veto these measures and why did it take the Government one year to launch new initiatives to fight fraud and tax evasion?” questioned José Junqueiro.
1″>news