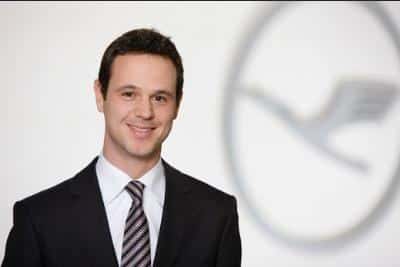 Based in Lisbon, Nikolas Wirtz will be responsible for sales and the marketing activities of the airline as well as representing the Swiss International Airlines in Portugal.

Stephen Semsch, general manager for Lufthansa in Iberia, said: “I am sure than Nikolas Wirtz will respond to the challenges that he has ahead of him, especially with the introduction of new direct flights between Lisbon and Milan at the end of March.”

He has taken over from Frank Wagner, who has been appointed to work with Lufthansa UK and Ireland, based in London. Nikolas Wirtz started his career at Lufthansa in 2004 as part of an international internship programme after having completed a degree in Engineering and Industrial management at Karlsruhe University in Germany.