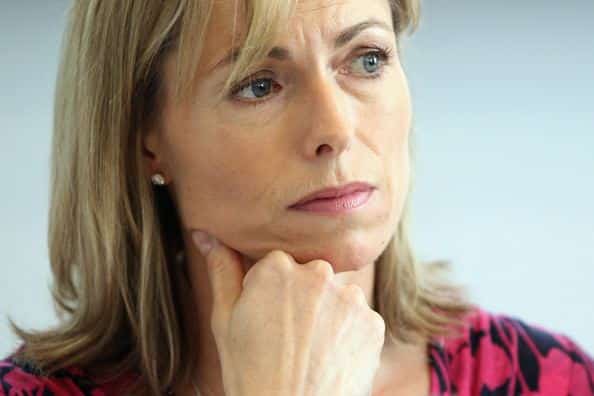 Headlines throughout the world have been gushing Maddie stories yet again after the missing tot’s mum Kate has been quoted as saying she doesn’t think her daughter is “a million miles” from the Algarve.

The fact that this is relatively open-ended has been interpreted by almost every mainstream media source as Madeleine being “still in the Algarve”.

But Kate McCann did not say this.

The 47-year-old ambassador for charity Missing People told reporters as she launched a campaign to get a million people to sign-up for missing child alerts that Praia da Luz is where she “feels closest” to her missing child, and that “that’s where she last was and I don’t think she’s been taken a million miles from there”.

The story, bizarrely, came soon after the Resident received word from a business professional who attested to having been shown a photograph of “a little girl looking remarkably like Madeleine” in the company of gypsies.

The source told us the photo had been in the possession of private detectives working for the McCanns in 2008.

A PJ police source stresses the source “must be mistaken” and that detectives involved in parallel investigations (ie Scotland Yard and the PJ) have no knowledge of such a photo.

The source confirmed however that gypsy camps in the Algarve had not been searched as “you just cannot do that”.

Meantime, adding to the sudden burst of new stories, came online furore over the translation into English of key sections of a book by former private eyes with the Spanish Metodo 3 detective agency, hired early on in the McCann’s private search for their daughter.

Reinforcing claims made in Diário de Notícias in 2013, authors Julián Peribañez and Antonio Tamarjit guaranteed that Metodo 3’s investigation was mired by corruption, and that the company had falsified receipts and charged for work by non-existent employees.

But when Peribañez claims he tried to bring this to Team McCann’s attention, he says he was met a “wall of silence”.

“I simply could not understand how they could fail to be alarmed by the discovery that they had been the victims of a financial fraud and had been charged for work which was not carried out”, he wrote in La Cortina de Humo (the Smokescreen).

The book – available online through Amazon and other sources – is to be followed, we have been told, by a new DVD on the mystery to be released over Youtube.

But returning to Kate’s ‘conviction’ that her daughter is in the Algarve, the mother-of-three stresses that free Child Rescue Alerts could have seen her daughter found safe and well “within hours, or a day”, instead of the reality that nearly nine years and over €12 million euros worth of British police time down the line, there still doesn’t appear to be a shred of credible evidence.