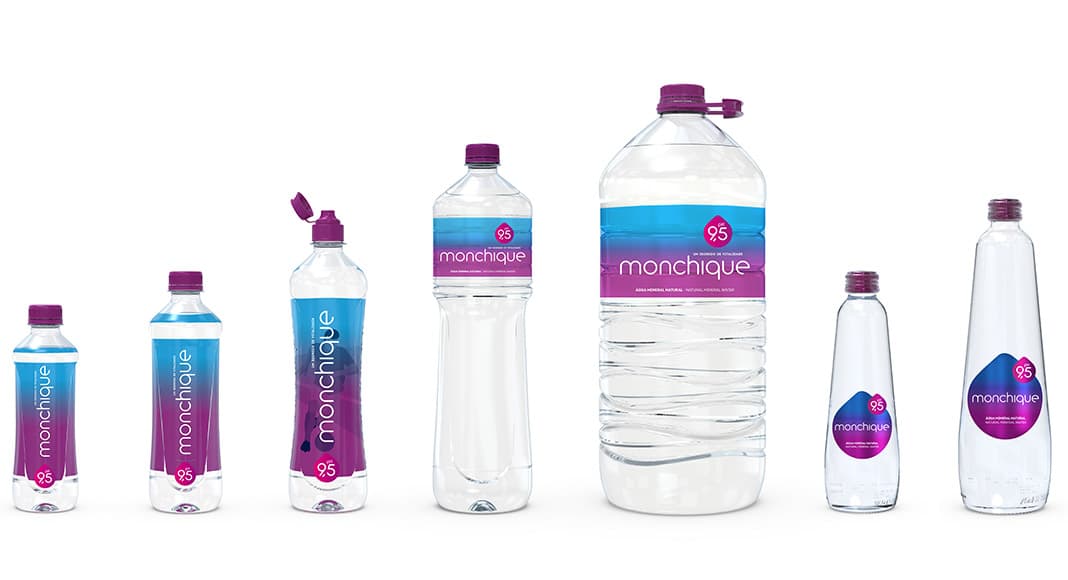 Algarve mineral water company Água de Monchique has invested €8.5 million in a major rebranding move which also saw it double its water bottling capacity in hopes of reaching a 10.8% market share in 2020.

The company is also launching an app which will encourage people to recycle their Água de Monchique water bottles in order to receive discounts.

This ‘new era’ for the company was officially unveiled on Wednesday, February 26 at Lisbon’s Fundação Oriente.

“We want to be innovative, more sustainable and do things differently, because we are different,” Água de Monchique CEO Vítor Hugo Gonçalves told Barlavento newspaper.

The aim is to revitalise the brand and “highlight its distinctive qualities”.

“It isn’t about drinking water but about drinking Monchique,” Gonçalves declared, highlighting the unique properties of the water which is renowned for its high alkalinity (9.5ph).

As part of the move, the company decided to put its production on hold at the end of 2019 in order to also improve its water bottling factory whilst also carrying out the rebrand.

“The factory had reached its maximum production capacity – 70 million litres per year,” Gonçalves said, adding that its outdated production system created “huge constraints” and limited how much water the company was able to supply national and international markets.

“This investment allowed us to double our bottling capacity to 140 million litres per year,” he said, explaining that it will help the brand expand to markets such as China, USA and the Middle East, although “Portugal will continue to be our priority”.

Água de Monchique currently employs around 40 people, with the plan being to hire at least 10 more following the modernisation of the company’s bottling factory.
“I would like to highlight that 90% of our employees are from Monchique or neighbouring boroughs. This is a matter that we value in the recruitment process,” he said.

Gonçalves also commented on the devastating effects of the 2018 wildfire that ripped through Monchique, stressing how it also affected the water company and some of its assets, although “thankfully it did not affect the water quality”.

He also expressed his concerns about the Algarve’s ongoing drought and said that Água de Monchique is “very careful about how it explores its aquifer”, announcing that the investment the company made in state-of-the-art machinery will help reduce the amount of water that is lost in the bottling process by 15%.

Another innovation will be the launch of a new app in April for smartphones (IOS and Android) which will reward people for recycling. To use it, all you have to do is take a picture of yourself while recycling to win discounts.