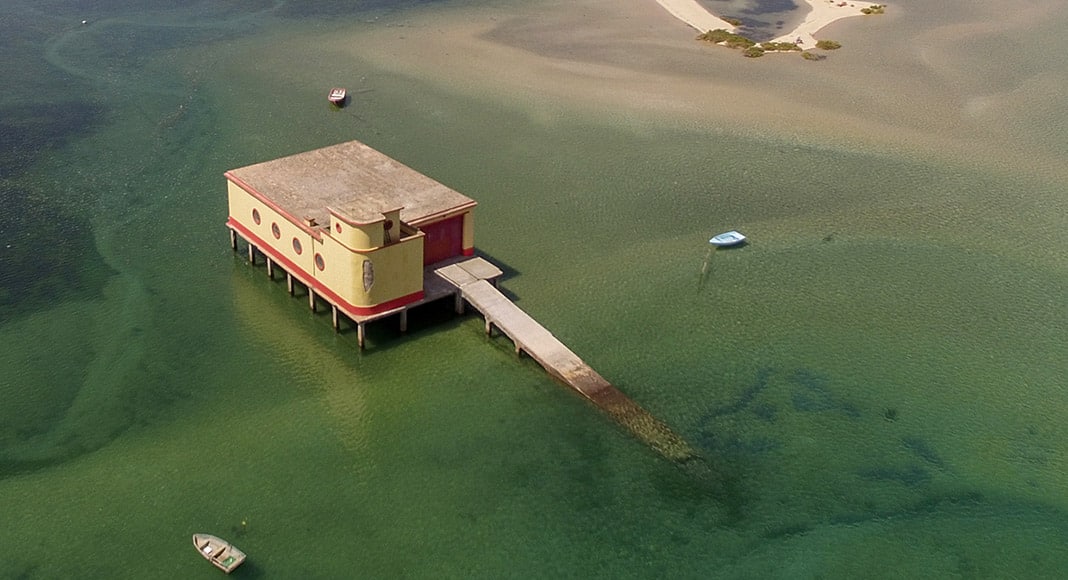 A decades-old lifeboat station in Fuseta is due to be turned into a small museum. Olhão Council has announced the completion of an architecture study which, it says, will be “essential” to the renovation project.

The study acted as the “first thorough evaluation of the conservation state of the village’s most iconic building,” says the council, adding that the “most modern technologies” were used in the process.

The architects behind the study have already presented it to Olhão mayor António Pina and local councillor in charge of public works Ricardo Calé and sent it to the board of State Heritage (DGPE).

The renovation work will involve improving the structural integrity of the building, carrying out architectural and functional improvements and turning it into a small museum, run by the municipal museum of Olhão, entitled Centro Interpretativo de Paisagem e do Património (Interpretative Centre of Landscape and Heritage).

Considering the lifeboat station is located in the middle of the Ria Formosa estuary, visiting the museum would have to involve a boat trip to reach it. However, these details on how the museum experience would work have not been revealed.

The lifeboat station (officially Estação de Socorros a Náufragos da Fuseta) was built during Portugal’s Estado Novo authoritarian regime in the second half of the 20th century. As the council puts it, the “keys to it were handed over to the DGPE by the Institute of Sea Rescue (ISN) in 1996” and it has remained closed ever since.

According to the council, the “uniqueness of its construction in the Ria Formosa and its modernist design,” along with the “esteem that the population of Fuseta and the whole borough have for the most striking building of the village’s landscape” prompted the local authority into action in an attempt to breathe new life into it.