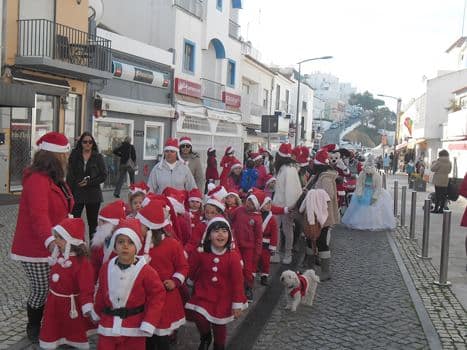 A by-law that came into force on September 29 has seen a special employment incentives programme being created for the Algarve, a region badly affected by seasonality and which records the highest unemployment level in Portugal.

Entitled Formação-Algarve (under By-law 297/2012 published on September 28), the programme is aimed at companies that develop activities connected to trading, construction, catering and accommodation, tourism, cultural and sporting activities.

As explained by Cláudia Vaz Póvoa, Head of the Employment Department of Neville de Rougemont law firm, among the measures approved are:

2. The payment of 70% financial support of each employee’s gross monthly salary if: a) A new long term contract is signed or a fixed-term contract is converted into a long term contract by October 31 2012; b) The employee covered by this programme, in item 1, is in one of the following situations: (i) 25 years of age or younger or 50 years of age or older; (ii) handicapped or disabled; (iii) level of qualification lower than the third cycle of basic education; (iv) single parent; c) The employee covered by this programme, in item 1, is of the less represented gender in a sector that traditionally employs a majority of people of the same gender.

To benefit from this programme, the employee must attend training programmes that may vary from between 350 and 600 hours between November 1 2012 and April 30 2013. This is a tailor-made measure by the Government to fight unemployment and job insecurity in the Algarve.