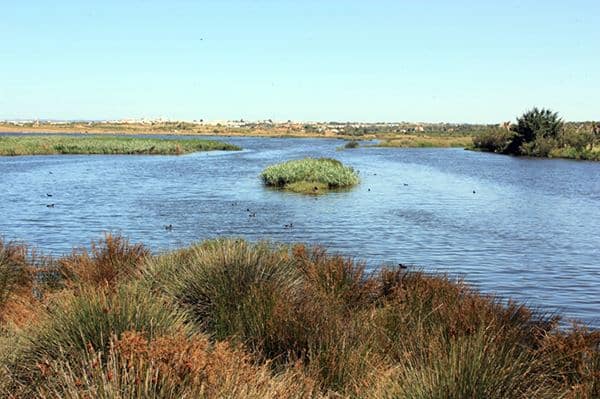 News has just emerged of an injunction by six environmental organisations battling to stop the mega tourist complex at Praia Grande, near Lagoa dos Salgados, Silves.
The injunction, lodged in Loulé court, seeks to nullify the permission given in March 2012 for a €232 million project, involving an 18-hole golf course, three hotels, tourist villages and more on the last undeveloped stretch of central Algarve coastline.
It also seeks to nullify the decision by secretary of state for the environment Paulo Lemos to approve a controversial environmental impact assessment paid for by the developer, Finalgarve – an adjunct of the Galilei Group which emerged from the ruins of the BPN/ SLN banking scandal.
The news comes as a ray of sunshine for 32,000 people who signed a petition against the development (still taking signatures online).
Published in Correio da Manhã this week, it actually preceded the press release due from the organisations involved: SPEA, Almargem, LPN, A Rocha, Quercus and Geota.
The basis of the groups’ legal move, said the newspaper, is that the developer did not recognise the area as being protected under the Berne Convention on the Conservation of European Wildlife and Natural Habitats (1979) which was adopted by Portugal in June 1982.
According to a spokesman for SPEA, the Loulé Court is legally bound to pronounce on the injunction within the next month.
Thus far, Finalgarve has yet to start work on the ground.
By Natasha Donn