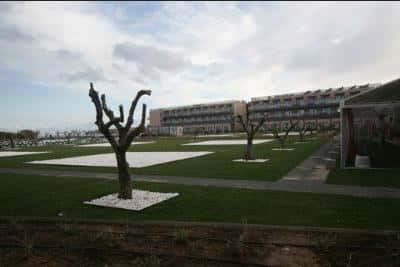 Manuel Pinho, Minister of the Economy, and Bernardo Trindade, Secretary of State for Tourism, were joined by members of the business community at the opening event that celebrated the boost to the tourism sector in these financially difficult times.

Meanwhile, Lagos Câmara mayor Júlio Barroso outlined the importance of the new hotel for the municipality of Lagos and for the country as a whole.

During the inauguration, a speech was also made by Manuel Pinho, who highlighted the current initiatives and high level of investment in the Algarve by the government, drawing particular attention to the redevelopment of the EN125 road and also to the refurbishment of the fort at Sagres.

The new hotel represents an investment of 30 million euros by the Vila Galé Hotel group.

The four-star resort has three floors with 247 rooms, a spa and convention centre and has created direct employment for more than 100 people.