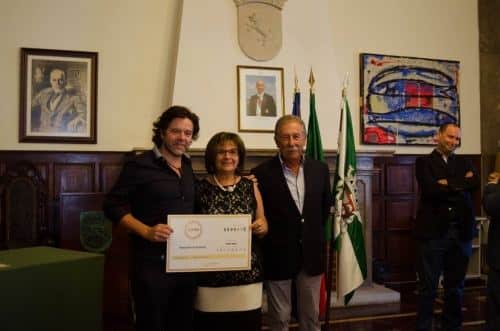 A new independent investigation into the 1992 Martinair crash in Faro has revealed that essential information was “purposefully omitted” from an official report into the case to deflect blame away from the pilots and airline.

Family members of some of the 56 passengers who died in the crash, along with some of the survivors, have commissioned their own report into the incident in a bid to uncover the reasons behind the disaster, which occurred at Faro airport on December 21, 1992.

Extreme weather conditions were originally attributed as the cause of the Martinair flight 495 from Amsterdam Schipol to Faro crash.

The new independent assessment was undertaken by AvioConsult, a company that provides expertise and professional advice on aircraft accident investigation reports.

In the new report, which was published on February 15, it is claimed that the crew of the flight were at least partially responsible for the accident, pointing to evidence which shows that the “crew ignored the reports of the condition of the runway”, that the “autopilot was not used in a proper manner” and that “the pilot induced unnecessary control inputs indicating a failing in training”.

The report adds: “The pilot was found, during the final six minutes of the flight, to not have his foot correctly positioned on the steering direction which would have inhibited the aircraft landing and would lead to the breaking of the right main landing gear.

“These are consequences of wrongdoing by the pilot, with serious repercussions.”

While the crew have been found in the latest report to have held a degree of responsibility, the reasons for this not to have been uncovered at the time have been put down to the fact that the new investigators believe that the “cause of the crash was already a foregone conclusion by investigators”.

The report adds: “Some of the omitted data in the original report was correct but others seem to have been removed to safeguard the pilots and use the weather as the reason behind the crash. We suspect that important data was consciously omitted and it is inexplicable that the researchers would not have noticed these inaccuracies.

“A very strong impression has been formed by us that the accident investigators went to great lengths to ensure that the pilots, and therefore the airline, would be beyond reproach in this case.”

One of the survivors of the crash, Cor tenHove, told the Algarve Resident how he had been interviewed for the new report and how material from his book, The Crisis After The Disaster, was used.

He said: “Praise for this investigation really has to go to Corrie and Iem Vroombout, two fellow passengers who survived the crash, but who lost their 14 year old daughter Brenda.”

“I hope that this new investigation will lead to the reopening of the case as, in my opinion, there are too many loose ends in the original reports, thus there are too few valuable lessons learnt.”

Cor tenHove wrote his book to share his experiences about the crash and to help to fight for a new investigation into the case.

A spokesman for Martinair told the Algarve Resident that they had not been issued with the new report but they were aware of it.

The spokesman said: “Nobody asked us to participate in this new report so we are unable to comment on the findings but it must be remembered that the original investigation was conducted by experts from Portugal, Holland and the US and we do not doubt the original conclusions.”

A spokesman from the Dutch Safety Board, the entity responsible for investigating accidents, said: “We have the report but have not had time to be able to make a comment on its content yet.”

The Crisis After The Disaster is available, in English, to buy from the Algarve Book Cellar in Carvoeiro. For further information, please call 282 085 713.
1″>news