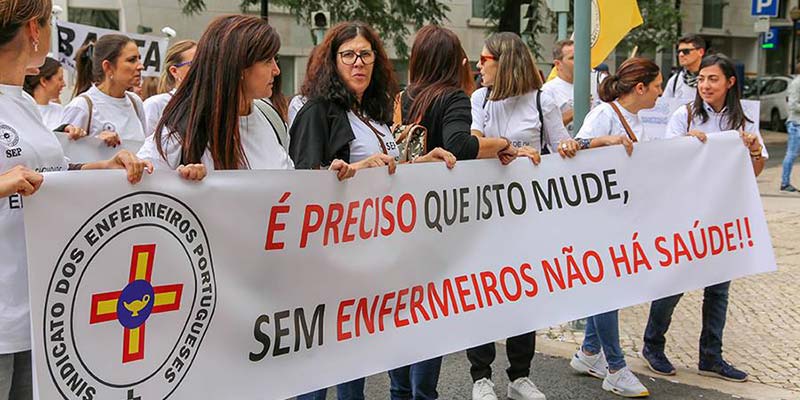 “The decision comes from successive positions taken by the head (of the nurses’ association) in respect particularly of the surgical strike, that she has publicly supported”.

This is the gist of a communiqué issued this morning by the office of the under-secretary of state for health announcing a suspension of relations with the nurses association which has been powering the crippling strike in various operating theatres since before Christmas (click here).

What this means for the future of the strike is still unclear.

The government has already intimated it could action a civil requisition to break the strike which it claims is illegal (click here).

Costa’s criticism saw nurses association leader Ana Cavaco fire back about the “millions that have flown out of State bank CGD”, and other instances of institutional corruption which, she claims, make her proud of the “brave” members of her profession who are standing up for what they believe to be their rights.

Meantime seven hospital centres of excellence struggle to maintain surgical rosters, and three more are due to see nurses start refusing to assist in operations.