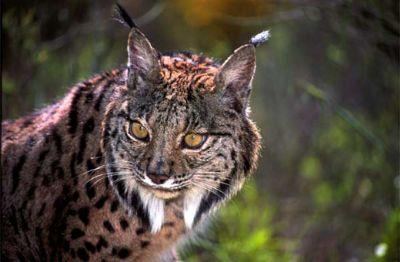 The Iberian lynx, the world’s most endangered feline, has a new home in Portugal following the construction of a purpose-built reproduction centre in Silves, officially inaugurated on May 22.

Although no lynx have been transferred to the centre located at Herdade das Santinhas, Tito Rosa, president of the National Institute for Nature Conservation (ICNB), said that the first felines are due to arrive later this year.

“Their arrival does not depend on us. There are other centres in Spain that have also requested some lynx and we are still waiting for the order to be given from the Doñana park in Andalucia, Spain, to send some felines here,” he said.

Environment Minister Nunes Correia, also present at the ceremony, said: “Procedures surrounding the importation of animals still have to be resolved, however nothing is missing for the arrival of the lynx, only for it to be planned and executed.”

The Silves Iberian lynx centre, the first of its kind in the country, was funded by the regional water company Águas do Algarve as part of its environmental commitment to minimise the impact of the construction of the Odelouca dam in the same county.

Now complete, the facilities at the centre, which represent an investment of around six million euros, can house 16 Iberian lynx and include a quarantine area, a building for injured or rejected cubs and a veterinary surgery and laboratory.

Basic infrastructures, including water and sewerage mains, and solar panels for heating water have also been built at the centre.

A sophisticated CCTV system has been installed in the centre, which includes 80 cameras and an office to coordinate the cameras and footage.

This system will allow scientists and researchers to observe the species with minimum human contact, allowing the animals to one day be released into the wild while still retaining a natural fear of people. It is for this reason that the centre will not be open to the public.

During the ceremony, the management of the centre was handed over to the ICNB and funding of 300,000 euros per year until 2025 has been agreed to by Águas do Algarve.

For more information about the centre and the Iberian lynx, please visit the new website, available in Portuguese only, at www.linceiberico.icnb.pt