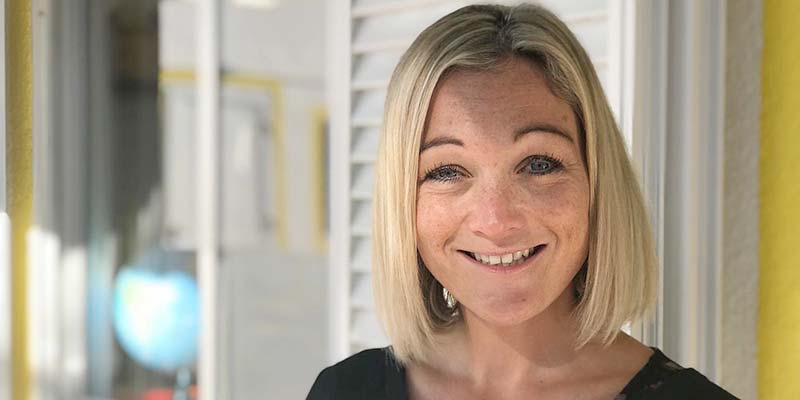 Miss Jones, originally from Wales, is already a familiar face at the school having taught Year 3 and 4 during the last three years. Prior to her move to the Algarve, she worked in Surrey, UK, in four schools of different sizes and has taken the roles of Key Stage 2 Leader, Acting Assistant Head Teacher, Assistant Head Teacher and, most recently before moving to Portugal, Deputy Head Teacher of a large three-form entry Primary where her main roles were Assessment Leader, English coordinator and Safeguarding Officer.

She has also travelled extensively, living abroad and volunteering with homeless children in Goa and in an orphanage in Thailand following the Tsunami in 2004.

Head of School Mike Farrer formally introduced Miss Jones to around 50 parents attending the meeting, describing her as a true professional, committed to improving the quality of teaching and learning in the Primary School, and he expressed his complete support of her vision for the future. After the talk, parents mingled and had the opportunity to talk on a one-to-one basis and to ask questions.

Chair of the Parents Association, FONISA, Ashoka Naidu, said: “We were thrilled to hear such positivity coming from Miss Jones and are very happy with her vision for improvement and development of the international primary school.

There is now a very active and supportive parent association meeting on a monthly basis, and we are working closely with the school management.

“We look forward to supporting our children’s education further and to participate in initiatives such as the Maths workshops and school plays.”

Claire Jones said: “Having taught at Nobel Algarve for two-and-a-half years, I am delighted to begin my role as Head of Primary. The school attracts pupils from a diverse range of backgrounds and of varying nationalities and it is my firm belief that each and every child deserves the very best education. Our role as educators is to ensure we match the needs of every child. This stems from a sense of safety and happiness within their environment. Once this is established, children can develop a love for learning which, in turn, will allow them to evolve into life-long learners.

“It has become apparent from prior leadership roles I have worked in that collaboration between staff, parents and pupils is integral to building positive relationships, thus enhancing the learning process. It is encouraging to see the parent body of FONISA developing momentum.

“To complete the triangle of communication, we will endeavour to listen to our pupils. Giving the children opportunities to voice their opinions is a way to empower and involve them in decision making that ultimately impacts upon their daily life at school. Ensuring that all children reach their full potential academically is one of my top priorities.

“The last two-and-a-half years have afforded me the opportunity to guide two classes of pupils and I am now thrilled to be in a position to not only positively impact on these pupils but on each and every class within the Primary section.”