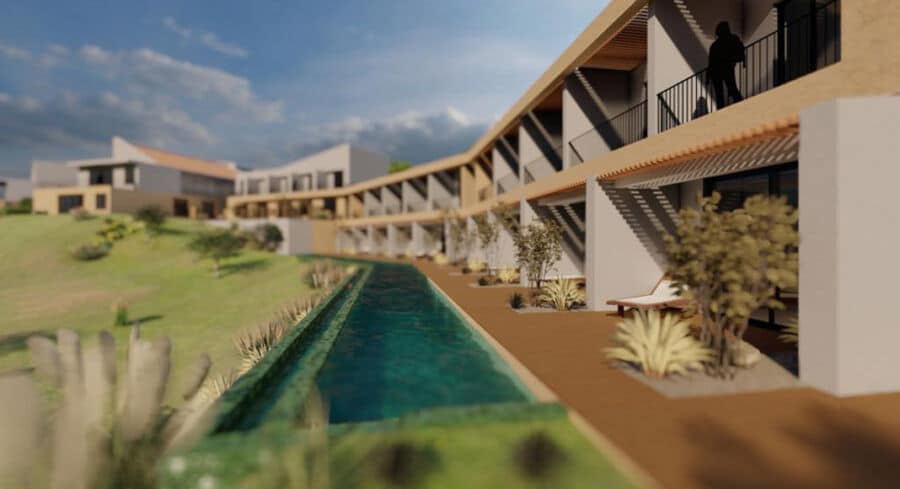 Castro Marim Council has announced that a new, four-star “rural” hotel is due to open in the borough.

The Prime Praia Verde will be born from an existing building in Vale da Telha, near the Praia Verde and São Bartolomeu intersection. The building will be revamped and expanded.

Rooms will be “inspired by the surrounding nature and linked to the region’s traditional architecture” and will be decorated with the help of local artisans.

“In a bid to promote sustainability and the local economy, the hotel’s gastronomy will be inspired by the ‘farm-to-table’ concept,” says the local council, adding that local producers will be the main suppliers.

Hotel amenities have also been developed with sustainability in mind and will be plastic-free, while solar power and water reuse for irrigation will be cornerstones of the hotel’s daily activity.

Castro Marim Mayor, Francisco Amaral, stressed the council’s efforts to reduce the bureaucracy involved in licensing procedures and to stimulate private enterprises, which has led to the “appearance of new investments”.