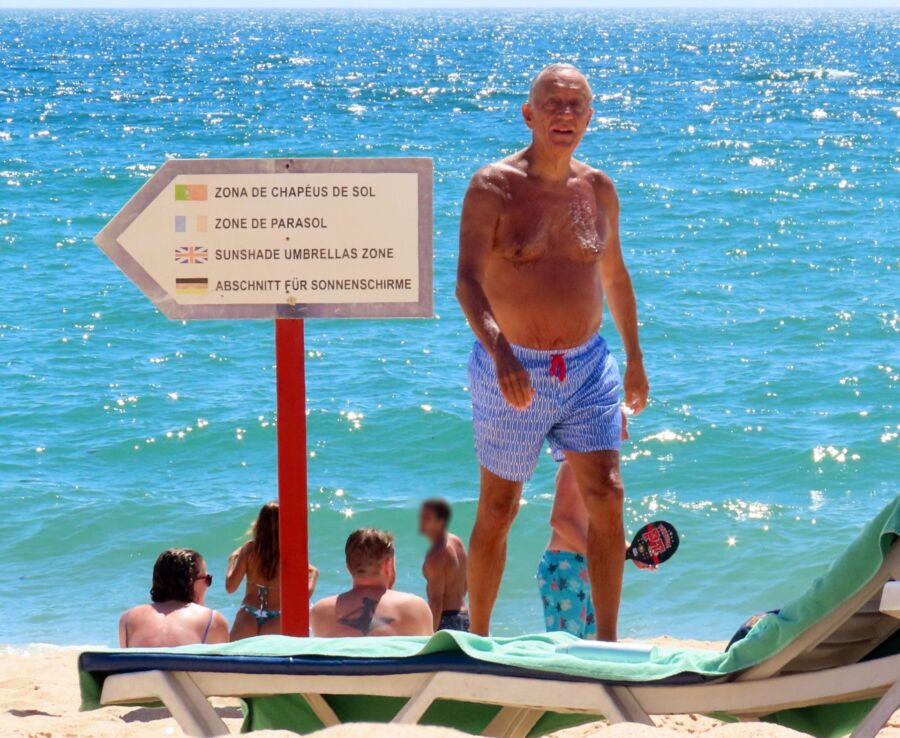 He’s funny, self-deprecating, hyperactive, a notorious hypochondriac and a darling of the people. Even before he was elected in January, 67-year-old university professor, former PSD minister and journalist Marcelo Rebelo de Sousa was the favourite to become Portugal’s new President. A household name thanks to his outspoken political slots on television, his public persona encapsulates the best of this country: warmth, energy, delight in simple things, humility and fun. Almost every commentator has said at one point or other over the last few months, “Marcelo could not be more different from his predecessor” – and Portugal is clearly ready for a change. As we went to press on Wednesday, Lisbon was getting ready for the party of 2016 as “Marcelo”, as he is universally known, was sworn in, taking over from Cavaco Silva.

If we are to believe the words of former secretary general of the communist party Carlos Carvalhas, Aníbal Cavaco Silva was “the worst president of democracy” whose 10-year mandate was shrouded by “black holes, like the BPN banking scandal”.

Carvalhas claims Cavaco is one of the “heavyweights responsible for the problems of Portugal today”, but he has “no doubt that he will be greatly praised, above all by those who made fortunes with him”- his “friends at BPN”, bankers in general, “large families, and those that benefited from the politics of austerity”.

It is a record few if any will follow, and one that ended on a low note more because Portugal “had lost its autonomy as a result of the 2011 bailout”.

Cavaco’s last five-year mandate was a period “that cannot be compared” to the presidencies of Jorge Sampaio, Mário Soares or Ramalho Eanes, explained Marques Mendes. “Governing or presiding over the country during a bailout is completely different to doing it during a normal time”.

Thus the clear “cansaço” of the 76-year-old politician who has certainly looked disapproving for months, if not years.

But all the pontificating over Cavaco’s legacy looks like being blown away in a theatrical puff of stardust and spangle this week as hundreds of guests have been invited to celebrate Marcelo’s arrival in Belém.

Vowing he means to bring back Portugal’s self-respect, the indefatigable new man-at-the-top is starting as he means to continue: with a complete break with tradition.

‘Tomada de posse’ (swearing in) celebrations will include an afternoon visit to Lisbon’s Mosque (Mesquita Central) for an ecumenical ceremony with “various personalities from a number of religions”, explains RTP. Then it will be off to one of the capital’s national palaces, “to decorate Cavaco Silva” before the party and concert dedicated to young people that Marcelo has opted to hold in preference to the habitual (much more stuffy) presidential banquet.

Opening Belém is not simply something the new president means to do with his personality; he is quite literally preparing to open its doors to the public, starting on Saturday.

Correio da Manhã, the people’s tabloid says of the self-styling people’s president: “Marcelo Rebelo de Sousa wants to show how he is different from his predecessors”. His first official visit will be to the Vatican, and his first celebration of Portugal Day (in June) will be with emigrés in Paris.

It is a decision that the PS government has already applauded, writes CM.

As for his involvement in politics, we can be sure it will be every bit as energetic as everything else he does.

Describing himself as “on the left wing of right”, he has never beaten about the bush over Portugal’s recent political upheavals, and may well prove pivotal in Portugal’s political future.

The answer lies in “one of the most repeated criticisms of his character”, writes Diário de Notícias. He is an “unstable person and too unpredictable”.

It’s a line developed in last week’s “X-files: Marcelo Rebelo Sousa” in Correio da Manhã’s Sunday magazine, which sets out “all the steps to Belém” – that have seen him lead the PSD party as president and write for Expresso – and reveals that long-term girlfriend Rita Amaral Cabral was on the administrative council of Banco Espírito Santo and the “link in the friendship” that developed between Marcelo and now disgraced banking boss Ricardo Salgado.

But dirty laundry can be put in the washing machine, explains X-files author Miriam Assor, and this Marcelo did, defending his honour, and moving swiftly on.

Someone who knows him perhaps too well is José António Saraiva – the man who replaced him when Marcelo left Expresso with the reputation for “dictating various articles at once to two secretaries while answering the phone at the same time”.

Saraiva calls him an “entertainer”.

“As president of the PSD he was never a good communicator, but as a political entertainer he managed the miracle of glueing millions of people to the television to hear political commentaries”, Saraiva told the X-files.

Questioned  on what defect he would give the new head of state, Saraiva was described as ‘not lyrical’: “Untrustworthy”.

But, taking things outside the box, one has to ask who can one trust in politics these days?

Thus an entertainer in times where everyone could do with entertaining is possibly not such a bad thing.

Whether he can keep it up for five, possibly 10 years, will be what we are all going to find out.