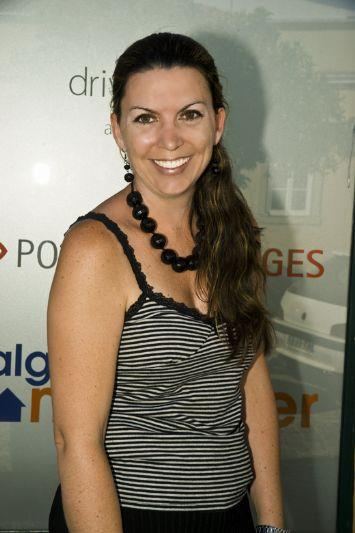 Suzy Turner has been appointed as the new Editor for Fleet Street Lda’s magazines.

Suzy, who has been the magazines’ Acting Editor since they were acquired in May, was previously Features Editor of the Algarve Resident, published by Fleet Street Lda’s sister company MMS Publishing Lda.

She is keen to develop the titles and believes all have tremendous potential – but has a particular soft spot for Algarve GoodLife Magazine: “I want GoodLife to become the must-have magazine in the Algarve. In October it is going to be re-launched with a new look. I also want to attract a younger readership and for the magazine to appeal to both men and women.”

Suzy, 33, started at the Algarve Resident at the age of 18 as a trainee journalist and moved on to work as Assistant Editor for the magazines when they were owned by Vista Ibérica Publicações Lda before returning to the Resident in June 2007.

Suzy, who has been married to her childhood sweetheart Michael for 11 years, has been in the Algarve for 23 years and lives in the Portimão area. She is also co-founder of the successful Walk in Wardrobe where people are invited to bring unwanted items of clothing in exchange for something new and has been working on a novel which she hopes will be published in the future.

In another senior company appointment, Inês Lopes has been appointed as Editor of the Costa de la Luz Resident. Inês, who has been Editor of the Algarve Resident for the past five years and has worked for the Resident group of publications for 12 years, will continue to edit the popular paid-for weekly newspaper.

“I am delighted with my appointment. Being our neighbouring country, Spain has always held a special place in my heart, despite the well known sibling rivalry between the Portuguese and Spanish,” she said. “I am very excited about the prospect of taking the Costa de la Luz Resident to new heights.”

Publishing Director Mike Almond said: “Suzy’s appointment comes at an exciting time for our new magazines. I am confident she will have an impact and take them forward.

“And I know that the Costa de la Luz Resident, already well-received by readers, will continue to flourish and consolidate its position under the editorship of Inês as the must-read English-language newspaper in the area.”