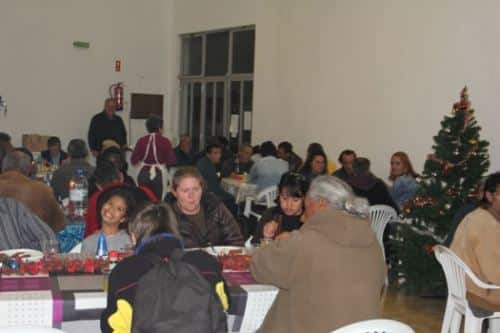 The inaugural lunch of the Royal British Legion Portugal Algarve East Group was held at the Quinta da Fonte do Bispo, in Sta. Catarina, Tavira on July 29.

After a week’s postponement due to the fires raging in the east, David and Elizabeth Atkinson held their first group lunch, which was well attended and enjoyed by all.

The guests, including British Consul Clive Jewell, enjoyed a three course lunch provided by Richard and Gillian Bassett, the owners of the venue.

RBL Chairman Des Briggs BEM expressed his appreciation and thanks to all the volunteers who took part.

The next Algarve East group lunch will be held at Quinta Fonte do Bispo on September 2 at 1pm.

For further details, please contact David and Liz at daliat60@hotmail.com