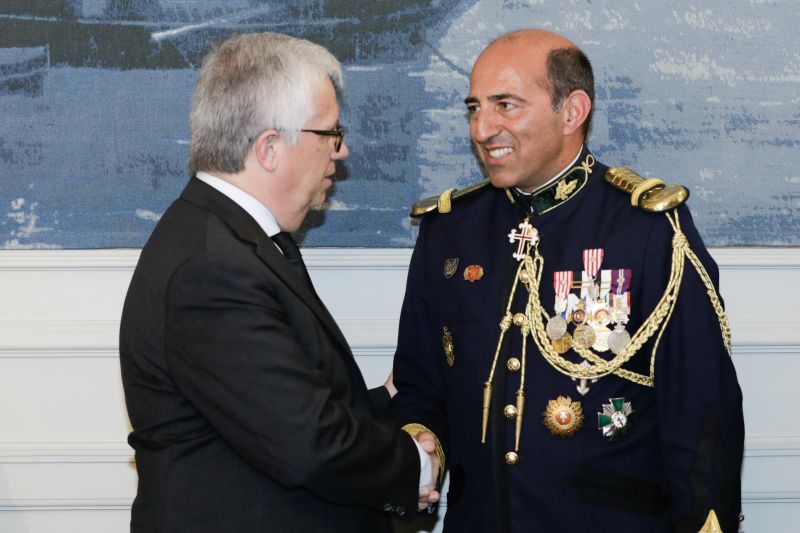 The furore over the murder of a Ukrainian father-of-two by SEF border police at Lisbon airport shows no signs of abating, with reports now coming thick and fast of a culture of aggressive behaviour towards immigrants.

Into the fray comes ‘retired’ police boss Luís Francisco Botelho Miguel. This former Commander-general of the GNR (a post he left only a few months ago), has been chosen to oversee the ‘restructuring’ of SEF, and “assure the organic separation between its police functions and the administrative functions of authorising and documenting immigrants”.

The government plan for SEF has yet to be officially announced. It has been described as an ‘extinction’ of SEF’s police capacity, a merger of SEF with PSP police and quite a bit in between (click here) and here.

Interior minister Eduardo Cabrita – himself in an uncomfortable political spotlight over this affair – has stressed the only authority to outline plans for SEF will be the government. An announcement in this regard is expected in January.

Meantime, the viper’s nest of allegations and counter-allegations of what has been going on in SEF bases vis-a-vis poorly-documented immigrants or those facing deporting just goes on and on.

Brazilian women have been recorded relating ‘horror stories’ of their time held at Lisbon airport pre-repatriation; SIC television has reported on a security guard at the airport being aware of SEF inspectors “using force to dominate these individuals, to stop them injuring other people or themselves” – and Expresso today carries a centre-page spread on “complaints of aggressions at SEF”.

All this comes nine months after the horrific beating of Ihor Homeniuk, whose widow only now has been assured of financial compensation from the Portuguese State.

The major questions are ‘why has it taken this long for SEF’s problems to be dealt with?’

It was only last week that former director Cristina Gatões tendered her resignation, long after admitting that she too was aware of the brutality of Homeniuk’s death.

Back in November when asked whether she would resign, Ms Gatões answered that she wouldn’t: “leaving would not do any good and would not bring about any positive change”, she told RTP, stressing new regulations had been created “which impose many more rules, much more control, over people who have to guarantee assistance to these foreign citizens”.

Weeks on, and these regulations have obviously been deemed insufficient.

General Botelho Miguel’s arrival on the scene is being promoted as a ‘new broom’ of “undisputed prestige”. This last description came from Eduardo Cabrita, who told journalists the new director had not been chosen because of his military career, but because of his “notable contributions” over a 35-year career.

The general is “very qualified” to lead the changes at SEF “with equidistance”, added Cabrita.

But this story is set to continue – not least because the three men charged with Ihor Homeniuk’s murder are due to go on trial next month.