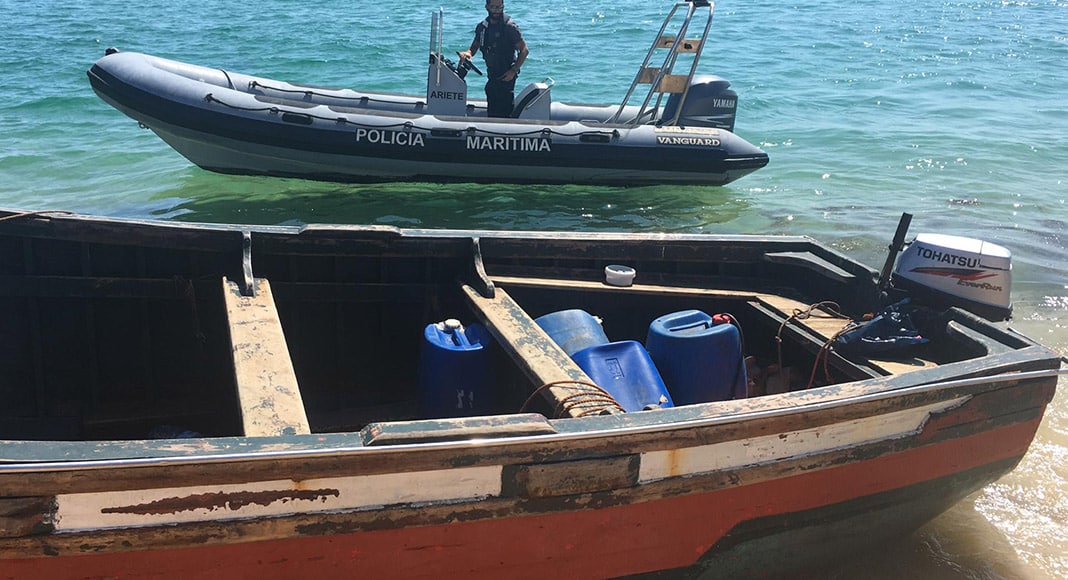 Police launches have intercepted a further boatload of North Africans migrants arriving in the Algarve without documents, the majority of them carrying rucksacks/ travel bags.

The novelty this time is that the group includes three women, one of whom is apparently pregnant.

This latest incident – called in by lifeguards – brings the number of boats arriving on beaches in the Algarve recently to at least six (click here).

Today’s arrivals landed on the barrier island of Deserta and are now being escorted to Faro for ‘various procedures’, including testing for Covid-19.

It’s unclear where the young people will be held pending a court hearing.

Almost all the Moroccan migrants who have made it to Portugal this far have been ‘expelled’ by the courts (because they do not qualify for asylum) though most of them are still being ‘held’ here, either in SEF borders agency facilities or in jail (click here).

Problems with migrants ‘angry’ that they have not been given asylum have become commonplace.

The government has said that it is prepared to come to an agreement with Morocco over controlled migration, but very little appears to have moved forwards.

As SEF sources have said, this is almost certainly confirmation that the Algarve is an ‘alternative trafficking route’ to Europe and shows that measures put in place to tighten coastal vigilance haven’t worked (click here).