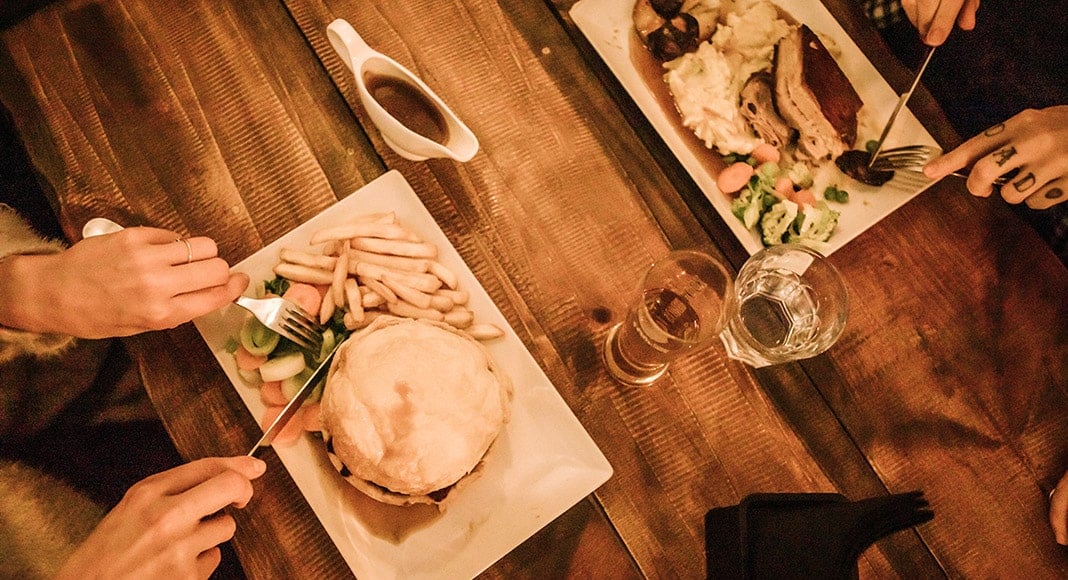 It’s a simple concept – Everything in a pie. Still, there remains more to PIE Lagos than meets the eye, not least the charm, passion and humour of its founders.

With their sentences over-lapping and commitment to good food, hospitality and customer service apparent, PIE Lagos founders Rob Holland and James Naisbitt share their story across the bar, which displays the day’s specialities while badges of small-batch beers that jostle attention away from the Portuguese favourite Super Bock.

Chef James Naisbitt hails from the North of England where “pie’s in your blood”. He thickens his accent for effect: “If you can’t make pie or make gravy, you’re not welcome. Get out lad!”

Starting his career as a pastry chef, pies appeared on all of James’ menus. “Dessert pies, sweet pies, savoury pies. You can pretty much put anything in a pie.

That’s how the idea for ‘everything in a pie’ started,” he explains. “With PIE, I wanted to create something unique and put my own stamp on a dish.”

The concept is now copyrighted to James. “The idea is, you can come in here 50 times and have a different experience.”

He’s not just talking steak and onion, chicken, fish, or vegetarian pies accompanied by a choice of toppings and sides, or a host of extras. PIE Lagos serves cocktails made with house-infused spirits, artisanal beers as well as seriously good desserts. “It’s about care, making people feel welcome and giving them great service,” says Rob, who’s worked in hospitality since he was 13 and oversees front of house. “We want PIE to be somewhere that people can come, have a drink and grab something to eat as well as it being a restaurant.” Both are very clear: “Even though the name says Little Britain, this isn’t a British Pub.”

Situated on what they call Tourist Street, PIE is a challenge to the status quo. “Every restaurant has the same, put on a different plate at a different price,” states James, his face expressing his sentiment. “It’s not Portuguese food. I have a Portuguese cookery book. The food’s incredible. You can’t find that food anywhere. Our food is freshly made and seasonal. Everything here, we make, even our own sauces, our own dressing, our own Piri Piri. Obviously, all the pastry, I make myself. The gravies. The pies. They’re all made here. Even the little pastéis de bacalhau.”

Speaking of Portuguese cuisine, conversation diverts to sous-chef João Vairinhos’ grandmother. In her late eighties, it has been Laurinda Vairinhos’s dream to have her own restaurant. Serendipitously, PIE Lagos is on a mission to get local influences on their menus. Cue João’s grandma. “Our recipe for squid is from her.

It’s out of this world, to the point where people are talking about it and João’s grandma is over the moon that we’re using a load of her old recipes,” James explains. “Every other weekend, now, João goes to see his gran and she teaches him a little dish. Then, João teaches us. I’d love to put recipes like this in a book with a picture of her and the story about how we found her because we couldn’t find a decent Portuguese meal in our tourist street.”

And as big brand beverages jostle for attention in restaurants on that same street, PIE Lagos sources small-batch, artisanal and alternative labels, like Brooklyn Beer and Marafada. “They’re local guys who converted one of the barns on their parents’ farm into a brewery,” says Rob about the latter. “Marafada is just two lads, similar to us. We’re the only ones in Lagos who they’ve partnered with and they’re going to brew us our first beer. We’ve got our licence to brew and we want to start brewing with Marafada.” You can hear Rob’s delight at the prospect of having PIE Lagos’ signature beer brewed in Lagos’ first and only micro-brewery. It’s this commitment to grassroots that establish the long-term picture for PIE.

“What we want to do here is have it as a co-operative, so when our profits go up, we’ll be able to increase the guys’ wages too,” says James. Rob confirms their commitment to their staff and customer service. “We want them to be happy at work. It sounds cheesy, but we want our team to care. This comes back to the type of service we want to provide. It’s going the extra mile.” 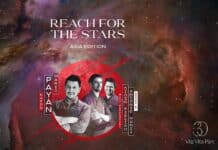