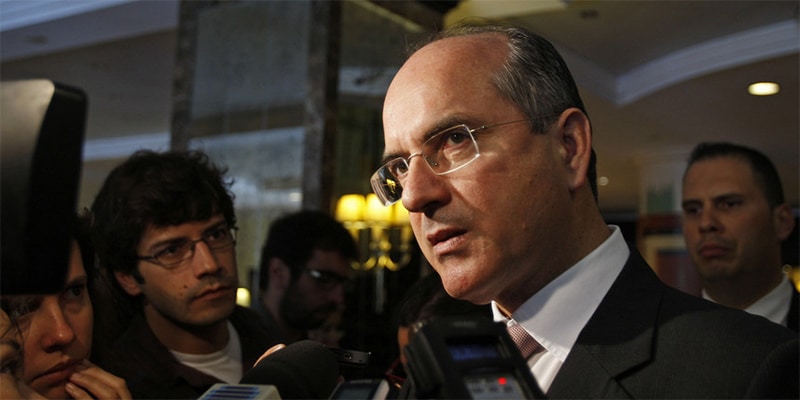 A new exposé in Sábado claims it has been nigh impossible to get crooked bankers to pay thumping fines imposed on them by the courts.

Five years on, for instance, and João Rendeiro, the former president of BPP – which collapsed owing millions to hundreds of clients – hasn’t paid his penalty of €1.5 million after being found guilty of falsifying accounts and general malpractice.

Indeed, Guichard’s case is so impossible, says Sábado, that there was a stage when it was “almost archived”. Now, even though Guichard is still ostensibly ‘honour-bound’ to pay a fine of €1 million, he lives in Brazil and “no mechanisms of cooperation exist to collect the money”.

Rendeiro and Fezas Vital remain in Portugal but claim the seizure of their assets as a result of this case has left them incapable of paying any fines.

The only ‘guilty party’ toeing the line appears to be Fernando Lima – arguably one of the lesser players in this banking fiasco. Says Sábado, Lima is paying off his €200,000 fine in instalments.

But what this story tells about ‘justice in Portugal for crimes of corruption’ is daunting.

Coutinho told the court: “Dr. João Rendeiro, Dr. Paulo Guichard and Dr. Salvador Fezas Vital have to be sentenced to prison, there is no alternative, because this court must demonstrate – after Banif and BES – that there has to be a time when we have to say ‘that’s enough”.

And now we’re told the fines that were meant to substitute those prison terms are proving impossible to pay.