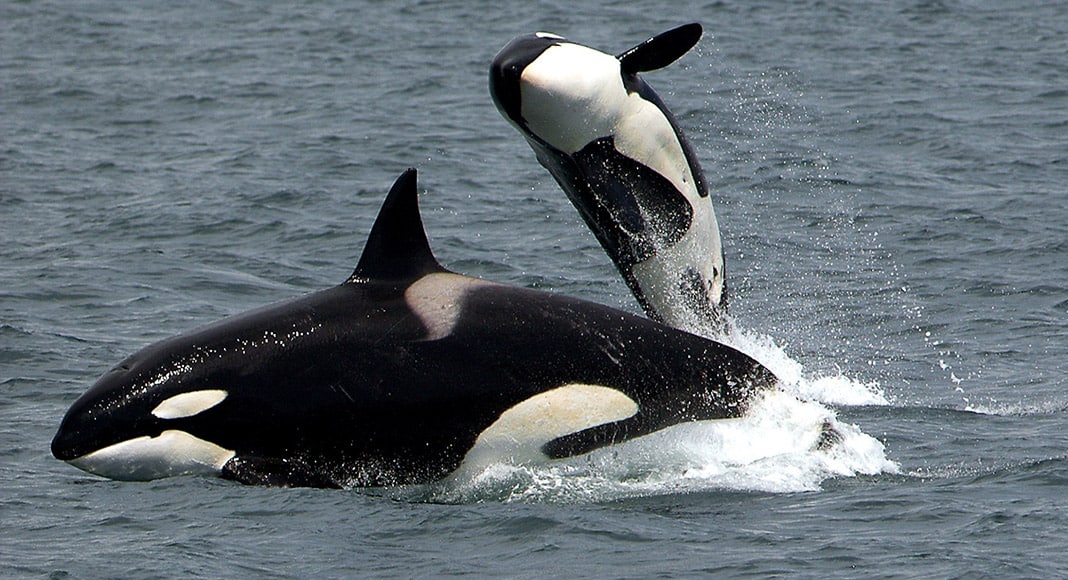 A new ‘attack’ by killer whales left a sailing boat off the coast of Portugal needing to be towed into the nearest port for repairs.

They began being noticed in Spanish waters, but then seemed to progress westwards.

No-one has been able to explain why the orcas (a species of the dolphin family) are suddenly so ‘aggressive’, or whether these incidents are down to the activity of just one ‘rogue’ pod.

The modus operandi continues to be to ram the rudder of sailing boats, rendering them useless as they have no capacity to steer.

This particular incident, between Sesimbra and Cabo Espichel, involved a boat with four French nationals on board.

The boat was “hit by various blows”, as elsewhere another boat reported an attack close to Sines.

Say reports, orcas were then spotted by a third sailing boat off Espichel, but no incident reported.