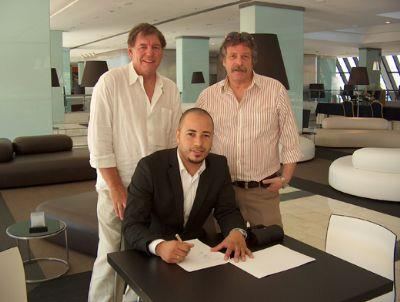 Silvio has been playing and singing in the Algarve for many years and is well known for his vocal talents, particularly in the Vilamoura area where he sings most nights.

Silvio’s contract with ARC, signed on Tuesday, is for two years and includes the production and release of two albums and two singles during the length of his contract.

Silvio has been involved in music most of his life and in addition to his singing talents, he also plays guitar, bass and drums.

Trevor Holman, one of ARC’s directors and the company’s record producer, said: “We are not interested in recording yet more covers of other people’s music. We want to record original material.”

ARC is the Algarve’s first British-owned and run record company.