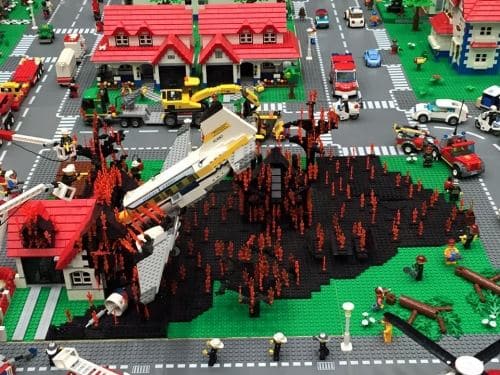 QROPS or not to QROPS – that is the question!

There are many reasons why individuals who have retired away from the UK, or indeed plan to do so, should at least look into the possibility of transferring their accumulated pension funds to a Qualifying Retirement Offshore Pension Scheme (QROPS).

Many a Financial Adviser has taken advantage of this scheme to help clients maximise growth, income and even succession planning for their loved ones.

However, beware of a new piece of legislation that comes into effect on April 6 should you believe that you could return to the UK.

Non-UK tax resident individuals, who remain in UK registered pension schemes and take advantage of the new flexible draw down arrangement that takes effect from April 6, need to be aware of the new anti-avoidance legislation.

This taxes withdrawals made whilst non-UK resident when the individual returns to the UK and becomes a UK resident again, if they return within five tax years.

This also applies to withdrawals made from a dependant’s flexible drawdown pension. There will be no offset of tax paid on the income whilst outside the UK, even where a double taxation agreement exists.

This provision does not impact the payment of a pension commencement lump sum to the individual.

The definition of such schemes includes: transfers of UK tax relieved funds from a registered UK pension to a Qualifying Recognised Overseas Pension Scheme.

Who does this apply to?

If an individual was UK resident for at least four out of the previous seven tax years before leaving the UK, and they take pension income from an overseas pension or relevant non-UK schemes while non-UK resident and return to the UK within five tax years of leaving.

Taxation of the foreign pension income

Aim of this provision

The provision is designed to target abuse of the UK tax system for pensions by individuals leaving the UK for short periods to access their UK pension funds from a QROPS or other relevant vehicle.

It is therefore important for individuals and their financial advisers to be aware of and understand the implications of this legislation where they either hold a QROPS or intend to transfer to a QROPS so that they do not innocently trigger this provision.

Julie is 65 and has lived in Italy for the last three years since moving from the UK. She decided to transfer her UK pension funds into a QROPS. She retired on January 1 2009, and began to receive an income of £20,000 per year from her QROPS. She pays tax on the pension income at 27% in Italy.

Julie’s daughter Barbara had a baby this year and Julie has agreed to move back to the UK to help her daughter to raise the child for a few years before returning to Italy.

• UK tax resident for all seven tax years before leaving the UK, and

• there have been less than five tax years between leaving the UK and returning, and she has taken pension income from her QROPS,

She will be liable to pay income tax on 90% of the total pension income amount taken whilst she was non-UK resident (90% of £60,000). £40,000 of this amount was taken while she lived in Italy, and although she has incurred tax on that income in Italy, she is not able to reduce the amount of tax she will pay in the UK.

Had Julie returned to the UK more than five tax years after she had departed, then she would not be liable to pay income tax on her QROPS pension income from the years when she was non-UK tax resident.

Need to purchase an annuity

From April 6, compulsory purchase of an annuity at age 75 (77 since 22 June 2010) is no longer a requirement for members of UK registered pension schemes.

Individuals with money-purchase pension funds, who have yet to take benefits, will now be able to defer the decision indefinitely. Fortunately, QROPS have never had such a requirement.

There will be no tax charge for lump sum death benefits from uncrystallised funds where the member died before age 75 and lump sums paid to a UK charity. In normal circumstances, there will be no IHT provided the scheme administrator has discretion over making the payment.

QROPS and QNUPS continue to be exempt from IHT on the death of a UK domiciled member.

You may have greater flexibility when choosing the amount of income you take.

The new changes mean that from the age of 55 individuals may be able to benefit from a new flexible drawdown arrangement on their UK registered pension where they meet the Minimum Income Requirement (MIR) of £20,000.

It is important to consider the types of income included for assessment of the MIR. State Pension and Additional State Pension alone are unlikely to meet the £20,000 limit; therefore the difference must come from either a level annuity income or scheme pensions.

It has been estimated that for a male aged 65 (ignoring any Basic State Pension) a pension fund of approximately £300,000 would be required to achieve a £20,000 income on a level income basis or £500,000 if the income is increased by RPI each year (which must be guaranteed and payable for life).

Although an enhancement to the flexibility of current drawdown arrangements for UK pensions, the assessment criteria restrict the use of this flexibility.

It is clear that legislation is always changing and evolving.  The UK Government is scrapping around trying to find ways to enhance their coffers and reduce the country’s rising debts. It is imperative that your Financial Adviser is fully up to date with these changes so that they can continue to provide you with the most suitable advice for your own situation.

The information provided in this article is not intended to offer advice.

It is based on interpretation of the relevant law and is correct at the date shown. Whilst we believe this interpretation to be correct, we cannot guarantee it. We cannot accept any responsibility for any action taken or refrained from being taken as a result of the information contained in this article.