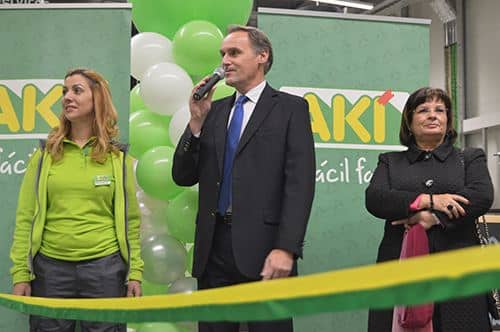 It’s normally wine producers who use the French term “terroire” to describe the combination of land, climate and location when extolling the virtues of a particular region. But the term is equally suitable when talking of olives and this recently-launched olive oil is most definitely a proudly Algarvean product.

Olives have been cultivated here in the Algarve for millennia, but commercial production of olive oil in the region was all but unheard of until quite recently.

One of the producers aiming to change this is the Santa Catarina Fonte do Bispo agricultural cooperative in the eastern Algarve, with this range of artisanally-produced oils under the Flôr de Caldeirão label. The oil is not only of good quality but extremely competitively priced.

The producer has had some difficulty finding acceptance so far from major supermarkets but it can be found in the 50 or so Alisuper shops along the coast with prices from just €3.19 for the virgin and €3.39 for the extra virgin in a 75mm bottle.

The oil is produced predominantly from the maçanilha Algarvia variety, a large and succulent olive that is prevalent in the east Algarve. This variety of olive is often used by producers in other regions of Portugal to add fragrance and fruitiness to blends but here, used as a varietal, it results in very aromatic oils with a strong bouquet of fresh olives.

Interestingly, this product is not the result of olives harvested from a single estate, but rather of selected olives from local growers in the area. It is not technically organic, as certification of so many small local growers would not be a viable option, but it is almost entirely natural coming from small farms that in most cases do not use any pesticides.

The basic virgin label is a perfectly good olive for cooking but the extra virgin is quite outstanding value for money and well suited to garnishing.

Even better is the gourmet label; presented in two different bottle designs, it is considerably more expensive at around €10 for a smaller bottle and, if truth be said, the actual content is only marginally better than the extra virgin.

It is slightly milder, less piquant on the finish but equally resplendent in fresh olive aroma. The difference comes from a more careful selection of olives and extra filtering which results in a clearer oil. This gourmet version compares fairly in quality with the similarly priced oils from other brands that focus on the gourmet market.

We hope to see this local product finding its way to restaurant tables here in the Algarve as well as supermarkets other than the Alisuper chain. Much as Algarvean wine is now finally becoming recognised for its quality and championed by local businesses and consumers, it is only a matter of time before the humble olive follows suit.