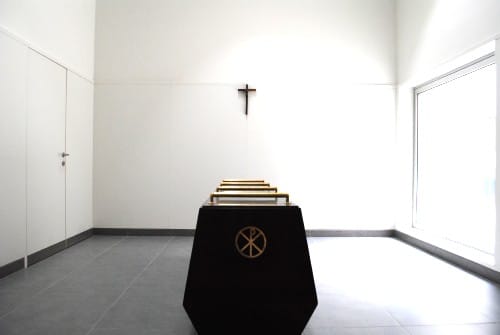 The number of unclaimed bodies in Lisbon has never been as high as it was last year.

The last maximum – exceeded in 2021 – fell at the end of financial crisis, in 2009, when there were 194 unclaimed bodies: the majority elderly people who died on their own, having lived in much-reduced circumstances with no family around them.

This is all according to data collected by the Brotherhood of the Misericórdia and São Roque (IMSRL), a volunteer organisation that has been compiling these sad numbers since 2004.

“From that time until the end of September, there have been 2,426 indigent deaths”, said the organisation’s leader Mário Pinto Coelho, who believes 2022 will actually see fewer unclaimed bodies than last year.

Right now, the tally stands at 153. “Everything points to the number increasing, although I don’t think we’ll be looking at a new record”, he told Correio da Manhã today.

The increases, which accelerated in 2020, “are related to the pandemic”, he said – among them were 14 children, and some foreigners.

PJ police has a space dedicated to the identification of “people whose bodies have been found”. The relevant page involves 38 bodies, says CM, the most recent of which dates back to 2021, and the least recent to 2002.

Later this month (October 17) the IMSRL will be holding a Mass (on the International Day for the Erradication of Poverty) for all Portugal’s unclaimed dead.