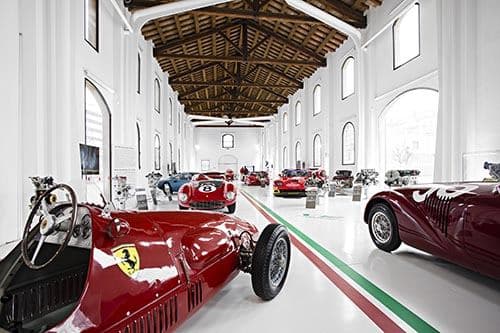 A recent hatching of spiders about the house, only visible on white surfaces such as bathroom fittings and marble work tops, presents a problem of “to squash or not to squash”.

Being reluctant to kill any creature other than wasps or house flies, early identification is vital, one small speck looking much like another until, just at the point of death, a tiny leg waves in the air.

Having been asked by one of my family to remove a large spider from the bath, it was a simple matter with the aid of jam jar and post card to relocate it out of doors.

Arachnids, being both carnivorous and cannibalistic, this may have saved the lives of at least some of the future generation even after our burgeoning population of Gekkoes has taken its share.

As they grow, some spiders moult and having eight legs presents a problem. When the time comes, these should slide out as quickly as possible from the old skin, two by two, helped by a slippery secretion that dries rapidly.

If one or more legs fail to exit smartly, the newly emerged animal may lack its full complement of limbs but when the damage is slight, missing bits can regrow over time. With dinner in mind, spiders are consummate weavers of silken traps for the unwary insect, each design peculiar to that member of the specie and revealed in full beauty on a frosty morning.

It appears that to survive low temperatures, spiders, together with other small insects, manufacture their own glycol anti-freeze. This prevents the formation of sharp ice crystals within and protects body cells from bursting.

Unlike previous years, the area of western Algarve in which we live has been almost free of frost except for an occasional dusting among the foothills.

As if to compensate, there have been periods of torrential rain and thunderstorms, turning valley streams into rushing rivers which have eaten away banks and tracks, altogether changing the local terrain.

Therefore when we and our near neighbours lost both telephone landline and internet connections, we accepted it as par for the course in Portugal, having for years experienced the same. After a couple of days and everyone becoming restless, one by one we complained to Portugal Telecom by which we were told the fault was within our homes. In view of the number of people affected, this was plain poppycock.

Eventually a forward-thinking neighbour telephoned PT in Lisbon and was told that the line from Bensafrim to Colinas Verdes had been stolen and this would be replaced as quickly as possible.

Being a weekend with particularly foul weather, our chances looked slim but by Tuesday morning everything was up and running. Now there is the question of a rebate on this month’s bills bearing in mind the cost of repeated mobile phone calls, petrol used driving to and from the local PT office, interruption of one’s work in progress and the frustration when dealing with public servants suffering from tunnel vision.

At least these things keep us from getting too settled in a rut and with better weather on the way, there will be other matters needing attention.

New tiling of a patio and walkways round the house has emphasised blemishes such as green mould growing up the north wall and a dirty line at dog height.

After a muddy stroll in the hills, Millie comes home, leans against the side of the house and enjoys a delicious scratching session, thus recording her height for posterity.

Different concerns have been exercising the ingenuity of friends living in the area. Invasion of their personal space by fly tippers had been ignored until this year but, what with one thing and another, they have now joined the ranks of the NIMBY (Not in my backyard) brigade.

Having removed all accumulated deposits including their source – one Swallow’s nest outside the front door – they were determined to prevent an invasion of the garage by these fly birds.

This open-fronted building now has a fringe of coloured ribbons, pre-empting the royal wedding and just in time for Carnival.

Meanwhile, we have other problems. As they grow older, like us dogs can suffer mental aberrations and Millie, having had a mixed bag of owners as well as incarceration in a council dog pound, still remembers the bad times, although she came to us from a good home in Wales.

Very insecure following our absence for three weeks last year, she has become a compulsive licker, especially of both elbows which are badly damaged.

Hairless, raw in places and with accumulated fluid under the skin, it has become a nightmare. Finally, after repeat visits to our veterinary surgeon, we agreed that surgical intervention was necessary.

Job done, and now we await the result while Millie wears bandages and a special ‘non-lick’ collar made by the Boss.

A baby’s Bolero in stylish black effectively prevents her from tearing at the dressings, but her underlying anxiety remains and she has started to attack her feet.

Many remedies have been suggested by helpful owners but at 13 years of age, it may be difficult to restore her confidence.

Should anyone have dealt successfully with this problem, my email address is margaret@125algarve.com
3″>features