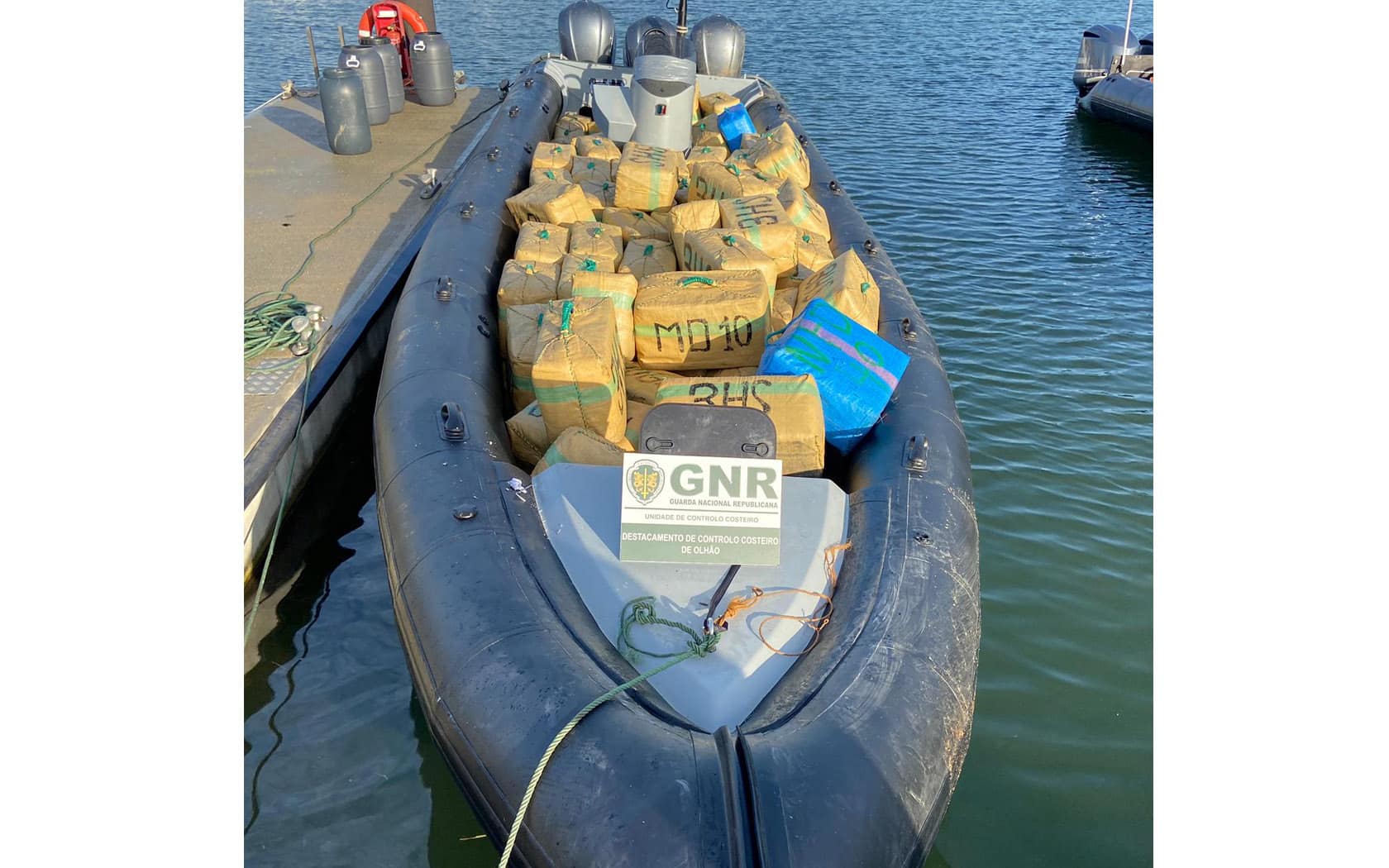 GNR police have reported another major drug bust in the Algarve, this time in the Guadiana River near Foz de Odeleite.

A high-speed boat which was “exhibiting suspicious behaviour” was detected in the early hours of this Thursday morning (November 19) by the police force’s Vila Real de Santo António coastal control unit.

The boat was intercepted shortly after near Foz de Odeleite, although those aboard were able to escape to Spain. Spanish authorities as well as Portugal’s PJ criminal police have been notified, GNR police say.

Inside the boat, police found 115 bales of hashish weighing 3,785 kilos. The drugs and the boat were both seized.