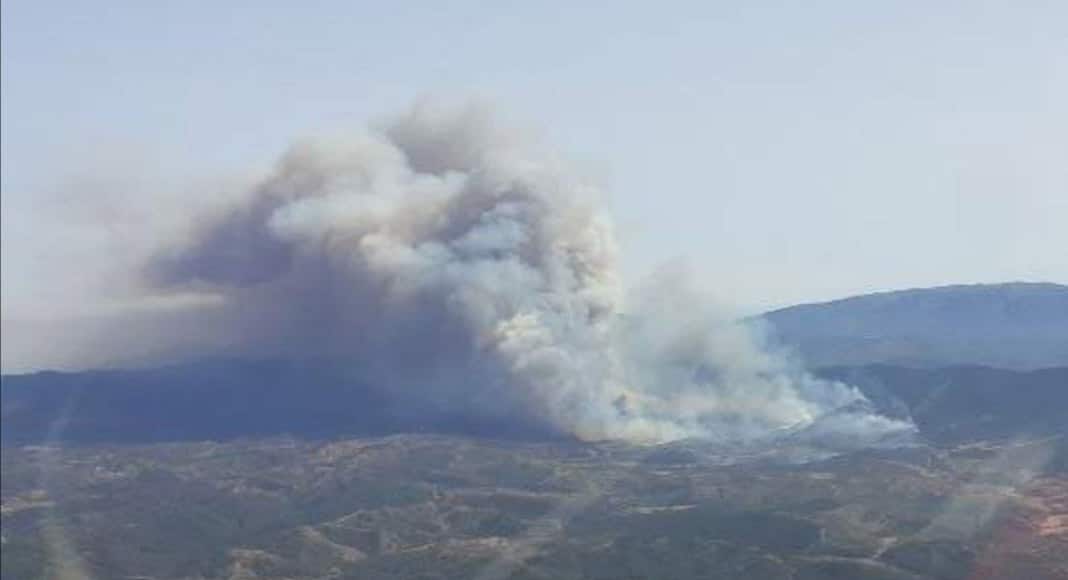 The Odemira wildfire which last night spread to Monchique is being battled this morning by nearly 700 firefighters who have already brought the “left flank” of the blaze under control.

A source from Beja’s rescue operations command (CDOS) told Lusa news agency this morning that another of the five sectors of the blaze is “under surveillance” while the other three “seem to be weakening” due to firefighting efforts.

The source added that firefighters and vehicles are being repositioned in order to guarantee that the fire does not spread beyond the area it has already destroyed.

There were fears that the blaze could spread to Silves, but so far firefighters have been able to keep the flames from reaching the borough.

Last night, the fire forced authorities to evacuate 17 people from their homes. A 20-year-old man was badly injured after sustaining burns and was taken to hospital.

The fire started yesterday shortly after 1pm in Sabóia (Odemira), having spread later that day to the neighbouring borough of Monchique.

It is the third major wildfire to affect the Algarve this summer, following the July wildfire that broke out in Monchique and spread to Portimão and this week’s Castro Marim wildfire.

A fire also broke out yesterday afternoon in Ameixial (Loulé) but was brought under control in just over five hours.