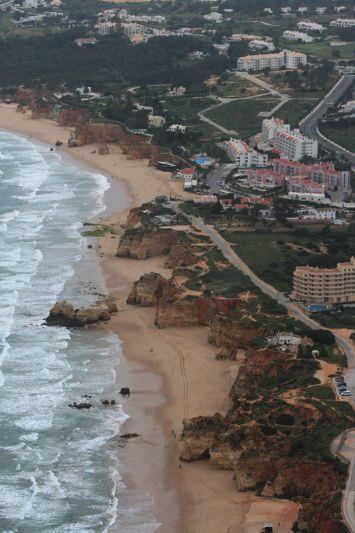 Tourism in the Algarve, which predictions said would face a difficult time in 2009, has been given a shot in the arm.

Statistics for the industry up to the end of last month seem to indicate that Portuguese visitors may have been the saving grace of the region.

There has been a notable difference this year in the nationality of visitors, which has been reflected in the hotel occupancy rates.

August is traditionally a month when the number of national visitors to the region outnumbers foreign tourists but now, for the first time, Portuguese tourists have led the occupancy tables for the month of July.

Official figures for August will be available next week but Elidérico Viegas, president of AHETA, the Association of Hotels and Touristic Establishments, confirmed to the Algarve Resident that August is a month which will repeat year on year figures (see the Algarve Resident, edition August 28).

According to the latest statistics from AHETA, Portuguese visitors represented 27.8 per cent of the total number of tourist beds across the Algarve in July.

British tourists made up 26.3 per cent of hotel stays, with Dutch tourists representing 9.6 per cent.

During July, AHETA registered the global occupancy in the Algarve covering hotels and touristic establishments as 76.8 per cent, which represents a fall of 8.3 per cent when comparing figures to July 2008. The decline however, has been felt in specific types of accommodation and in particular pockets of the region.

Categorically, the lower end of the market has shown greater signs of difficulty.

Two to three star self-catering accommodation fell by 8.8 per cent in July. The other main decrease was among three and four star hotels and apart hotels, which saw a 7.7 per cent decline on last July.

So far this year, there has been a fall of 13.8 per cent in the total number of hotel bookings.

It had been predicted as a figure of 20 per cent but, as Elidérico Viegas, pointed out, “the hotel industry lowered its prices”, which has softened the blow in terms of tourist figures and this benefit is in turn passed on to regional and local businesses.