Portugal Resident
Home Portugal News Nappy alert – and the ‘perfect solution’ being produced from a 2nd... 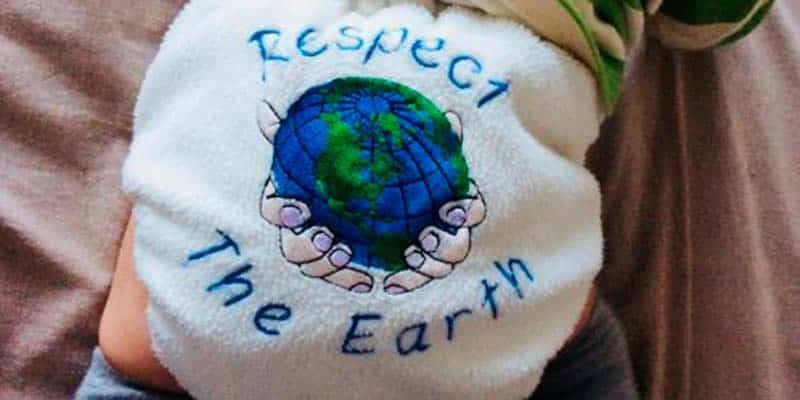 Dangerous chemicals, including glyphosate – the fertilizer linked to cancer – have been discovered in various brands of disposable nappies in the first study of its kind worldwide.

The alert ‘went out’ last month after the French equivalent of Portugal’s health and safety agency ASAE confirmed that it had found “potentially toxic substances in nappies for babies”.

“We found around a dozen substances that exceed the permitted limits”, said agency director Gerard Lasfargues, explaining the substances “are related to the perfume that the industry adds to nappies, principally for marketing reasons” although there are other substances that “come from the whole manufacturing process”.

Diário de Notícias picked up the story, saying the likelihood that the French findings relating to nappies on sale in other countries was “probable”.

But while the French government “reacted promptly” giving manufacturers (kept suitably anonymous) two weeks to clean up their act, no other governments appear to have followed suit.

France’s minister for health Agnes Buzyn said she wanted to assure parents in France that “right now there are no immediate risks to your children’s health. If there were, we would have known as all the children in the world use these kind of nappies, so there is no immediate risk”.

But, in the words of the UK Guardian, “Buzyn admitted the report could not rule out a risk for children’s health in the long term”.

France is a country that has been particularly bullish over products containing glyphosate.

In November 2017, when the EU finally decided (after huge controversy) to allow the continued use of products containing glyphosate for another five years, President Macron pledged to ban the chemical compound outright by 2021, whether an alternative had been found or not (click here).

Portugal however has not been so pro-active. There has been scant discussion over France’s nappy alert.

For parents concerned however, the Resident is delighted to be able to share news of a healthy, sustainable alternative – being manufactured right here in the Algarve.

Micaela Silva, 36, became the “anjo das fraldas” (literal translation ‘nappy angel’) after her second son DID show quite violent reactions to her use of disposable nappies.

His skin regularly came out in boils and welts, and she quickly put it down to the products that “must have gone into the nappies”.

Living at the time in the UK, Micaela started using reusables and ‘lending them out’ to interested friends. Then to her delight she discovered the “cloth nappy libraries” spread around the country: collaborative efforts between parents, manufacturers and retailers that have been transforming the way parents care for their infants “from the bottom up” for years now.

The Guardian, for example, carried an article about ‘Millenials ditching disposables” back in 2017.

But it’s not a movement that has gained significant traction in southern Europe.

Fast forward to Micaela’s return to Portugal in 2015, and the enterprising mother (now of three) was already well on the way to developing a ‘niche-market’.

Equipped with the small ‘nappy library’ she had created in UK, she set out to start spreading her alternative through social media.

Once her children are put to bed in the evenings, she eases herself into the corner of her living room that has been transformed into a ‘mini-factory’, and starts cutting absorbent cloth and creating truly beautiful alternatives to modern-day disposable nappies.

Business ‘began slowly’, she tells us, but something happened about a year ago. The ‘word of mouth factor’ seems to have kicked in, and ‘the nappy angel’ is now working flat out from her flat in Ameijeira, Lagos “as long as (she) can stay awake”.

“I had always been an artisan”, she explains. “But just creating jewellery struck me in the end as a bit empty. I wanted to do something to help ‘change the world’, and when I realised I could do it like this, with the nappies, it was like a dream come true”.

Delightfully, Micaela’s philosophy is that “if you want to change the world, you cannot be too greedy”.

Thus her ‘nappy hiring charges’, for newborns mean that mums take home (or receive through the post, depending on their geographical location) a large bag of colourful cloth nappies and all the necessary ‘accessories’ for the very affordable charge of €30-a-month (plus deposit).

Hiring can continue through to potty training, or parents can opt to buy Micaela’s homemade nappies once their children have reached what she calls the “one size fits all”.

For anyone who likes the idea of ‘supporting local commerce’ and promoting sustainability, this cottage industry will ‘tick all the boxes’.

For anyone concerned by the findings of the French ‘nappy study’, Micaela’s little business spells ‘sweet dreams’ – not for only for babies sporting her snug reusable products but for their parents shaping the world’s (hopefully much more sustainable and positive) future.