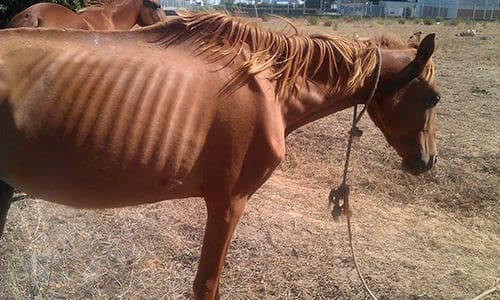 A British lawyer is purported to be calling for people to boycott Portugal as a tourist destination because of the authorities’ failure to protect horses.
The extraordinary connection that Ms Susan Clark has made – that a country does not deserve to have visitors because, as she maintains, “cruelty to horses in Portugal has reached epidemic levels” – has been wholeheartedly slated on social media and web forums, as her credentials also have been called into question.
Indeed one comment on the Lusa story claims Ms Clark was without work and “about to be fired”.
How the commentator knew this is unclear, but certainly our own research online shows that Susan Clark’s comments were not getting a great deal of support on the Horse & Hound forum that she joined explicitly to trash Portugal in October.
“I know Portugal quite well having visited very often in the last 15 years and am well aware of the attitudes among some. I also have friends out there who are making a difference to animal welfare despite having it quite tough themselves.
Maybe try and help proactively rather than negatively,” suggests a veteran poster, who goes on to say: “Discouraging visitors to Portugal is not going to help their economy; helping their economy will help animal welfare.”
Sol website nonetheless makes much of Ms Clark’s assertions that she is so upset by cruelty to horses in this country that she can no longer visit.
Her petition “Stop Cruelty to Horses in Portugal” has reached 3,535 signatories, and Ms Clark continues to exhort people “there are so many other lovely places to go on holiday, keep going there until Portugal changes”.
Reactions on Sol website have included numerous suggestions that petitions could be better served campaigning against British holidaymakers who leave their children unattended to go out drinking.
But as most are agreed, despite the mistreatment of any living creature being an abomination, “there is no need for such an extremist attitude”.
Needless to say, Turismo de Portugal and other entities have opted to play the whole petition down – very possibly as its target, “The Portuguese Tourism Industry”, would appear to have been chosen through spite rather than compassion for animals.
By NATASHA DONN