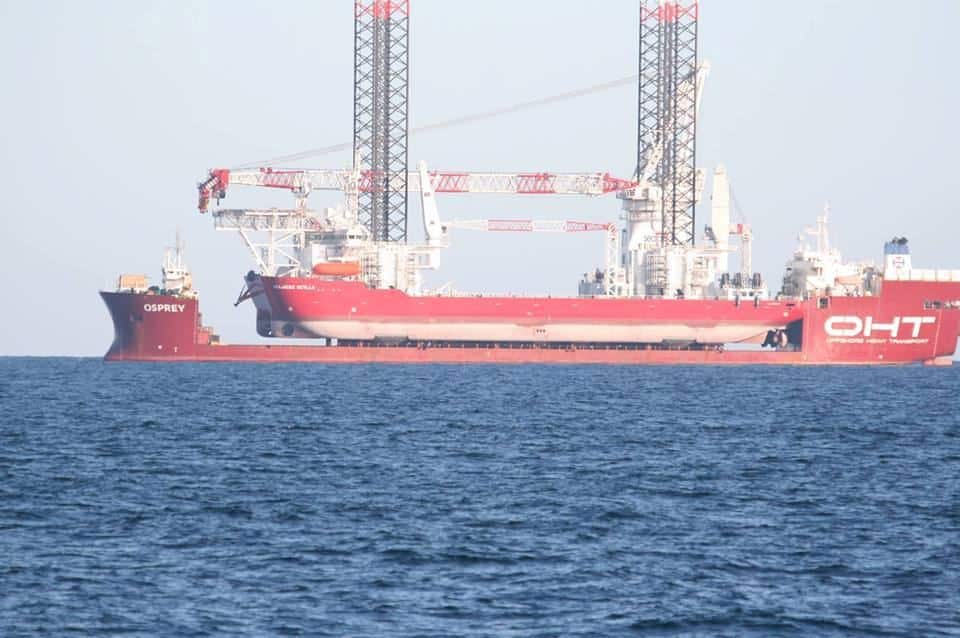 Marine tracking today shows the heavy loader carrying an oil rig supposedly en-route to Rotterdam is still patrolling the Algarve coast, staying solely within areas given over to offshore oil and gas concessions.

Yesterday, reports suggested the 53,000-ton Osprey would be on its way out of the Algarve imminently (click here).

Other cargo ships travelling in the corridor parallel with the coast were all moving along with their loads.

But this one – worrying anti-oil campaigners – has been travelling in the most peculiar circles.

Five days of “swimming pooling” (tight manoeuvres off Olhão) led to a long stretch towards Sagres this morning which led everyone into thinking the boat was finally on its way.

Then, suddenly, it turned and is now almost back where it was last week: slap in the middle of the so-called Lagostim concession granted to oil companies Repsol/ Partex.

The official line continues to be that the Osprey’s captain is concerned by meteorological conditions.

It is an explanation that throws up all kinds of questions.