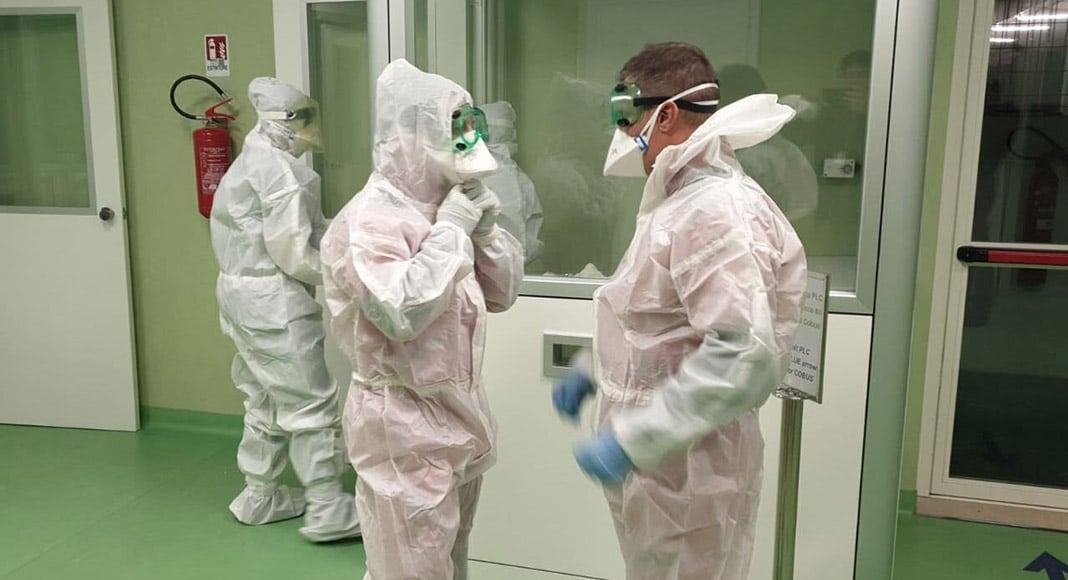 Stories are emerging of a Portuguese national, employed on the coronavirus-blighted Diamond Princess cruise-ship, who was removed by authorities over 10 days ago after developing a high fever which developed into a cough. (These are text-book symptoms of the disease that is thought to be days away from being declared a global pandemic).

But in this particular case, there have been no updates to crew-members still on board as to the condition of the Portuguese – described as from the North of Portugal – nor indeed any indication of where he is now.

This is the latest unknown in a developing drama that remains full of mysteries.

In Italy, for example, authorities are no closer to discovering ‘patient zero’: the coronavirus carrier who brought the illness into the country that has caused the deaths of at least four people in the last few days, having infected over 150.

Still stuck in isolation on the Diamond Princess in the Japanese port of Yokohama is Portuguese plumber Adriano Maranhão – tested positive for Covid-19 (the name given to this particularly virulent strain of coronavirus) on Sunday, whose anxious wife Emmanuelle has been criticising authorities’ failure to offer her husband even basic care.

Adriano, 41, is simply confined to his cabin.

Today, SIC notícias reports that he is ‘getting worse’.

Mother-of-three Emmanuelle tells journalists that his fever is higher, he has more pain and he generally feels less resilient.

She stresses that the Portuguese embassy in Japan has ensured Adriano will be taken to hospital, but this far nothing has happened.

A total of four Portuguese (all crew members) are believed to still be on board the Diamond Princess – Adriano being the only one so far to have been confirmed as testing positive for the virus.

As all reports have explained, the Diamond Princess has so far registered the highest number of Covid-19 cases outside mainland China.

This is after the ship had effected a three-week quarantine, with thousands of passengers confined to their cabins (some confined to cabins without windows).

In spite of the lockdown and measure put in place, over 600 have contracted coronavirus – three of which have died – and the way this virus ‘works’ is still baffling scientists.

For now, Portugal has remained mercifully coronavirus ‘free’. All suspected cases (13 so far) have tested negative, and the efforts of the Chinese community to ensure all nationals returning from China remain in self-isolation have been organised with almost military precision.

The knock-on effects however for the economy remain ‘the elephant in the room’.

Textile businesses are saying they are running out of ‘raw materials’ and will have to partially shut-down production, while no one is talking about the possible effects to tourism, nor is there any talk of cancelling ‘major events’.