Portugal Resident
Home Original My husband is in the garden… 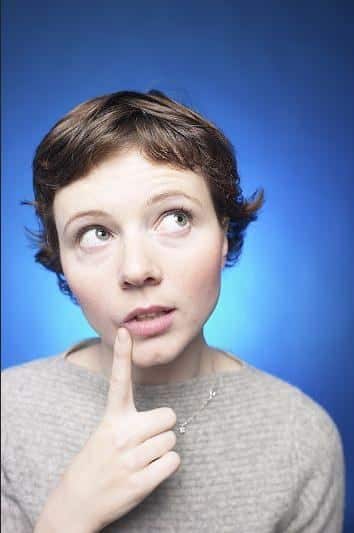 Have you ever asked yourself why so many Algarveans speak such good English?  I bet you thought it was something to do with the tourist industry. Well, you’d be wrong. It’s because it’s much easier than Portuguese!

My attempt to learn the language continues. It’s an uphill struggle to say the least, and every step I take seems to get steeper and steeper. “What do you do all day?” ask my friends back in England as they picture me lounging round the pool sipping “Sex on the Beach” through a multi-coloured curly straw. “I conjugate verbs”, I reply through gritted teeth. You can see the effect it’s having on me.

This whole language thing seems to be full of little hurdles carefully positioned to trip me up as I attempt another step forward. Like a litter of loo-roll puppies, but not nearly so cute, they nibble at my ankles and I stumble again and again.

I sometimes long for the safety of my previous holiday resort existence where English was the primary language and my attempts at meaningful conversation were limited to “muito calor!”, as I gesticulated wildly at the sun. My efforts were rewarded, and while I never understood the reply, I was assured that my language skills were improving and I was to be congratulated on my ability to speak Portuguese.  My ego got the better of me and I believed every word. Foolish woman.

I’d like to draw your attention to the word ‘the’.  Harmless enough – but it’s everywhere!  Much more so than in the English language, and over-used in my opinion. Like everything, it has two versions which means you absolutely have to know the gender of the noun to which it refers. So already this innocent one-letter word, ‘o’ or ‘a’, becomes a little hurdle. A casa and o jardim are easy enough to come to terms with, but why ‘the lunch’ and ‘the dinner’ as if we are referring to celebratory occasions? I find it equally extraordinary that people have a ‘the’, too.  Peter becomes ‘the Peter’, and my husband becomes ‘the my husband’.

Let’s take this one step further. ‘My husband is in the garden’.  A simple sentence but fraught with danger and teeming with little ankle-biters.  First I must decide which ‘the’ to use for my husband. Albeit this is not too difficult, but it’s a decision nonetheless, and mustn’t be forgotten. As a beginner it takes a moment of my time.  Next, I must choose which ‘my’ to use. Once again there are two versions, minha or  meu according to the gender, and as I am feminine and my husband is masculine I have a fifty-fifty chance of getting this wrong.

Husband is simple (aren’t they all?).

My next option is which ‘is’ to use from the verb ‘to be’.  Permanent or temporary?  Ser or estar?  In this case I’m opting for the latter on the basis that I do allow my husband into the house now and again. But it is not always this obvious, and anyway it’s another decision I have to make in constructing my sentence – it all takes time.

But the big decision, the one that really catches you unawares and sends you head-over-heels into the dark blue yonder, is how to say ‘in the’.  Bear with me for a moment before you head off to the Sudoku page, because this is a big issue.  The Portuguese, in their wisdom, have invented a whole load of new ‘little’ words to encompass the word ‘the’ when used in conjunction with prepositions. So, having learnt one set of prepositions, I have to start all over again to learn a new set.  ‘On the;  in the;  at the;  by the;  from the’, etc. etc., create a whole new vocabulary.  The list is endless. And, of course, each one has the obligatory four options – masculine, feminine, and their respective plurals.

My tutor very kindly gave me a crib-sheet to help me pick my way through this complicated minefield. You should see it. It goes on for pages! I was so shocked I had to lie down in a darkened room and contemplate my sanity. I seriously considered giving it all up in favour of “Sex on the Beach,” (not the Dubai variety), but failure is not an option, and if it’s the last thing I do I will tell you in Portuguese that my husband is in the garden.

‘In the’, or ‘on the’ (singular) turns out to be no or na. Once again this is gender orientated, and the former of the two is the one that I have chosen for my simple sentence on the basis that ‘garden’, jardim, is masculine. But the word itself, no, has negative connotations to us Brits and doesn’t therefore spring immediately to mind when describing the whereabouts of one’s loved one. Its’ saving grace for me is that it is pronounced ‘noo’, and fortunately my Scottish background enables me to cope with it without too much difficulty.  But if I hear you saying “Och aye the noo!”, you’re dead.

“O meu marido está no jardim.”  How good is that?! Not bad for a few minutes work, but it’s taken four executive decisions to construct this simple six-word sentence, and in the time it took me to do it, the caller who was requesting the location of my husband in the first place had hung up, and my husband was no longer in the garden.   He’d done a runner and gone to the pub. Can you blame him?

So next time you see that charming sign Obrigado pela sua visita as you leave your holiday resort or supermarket, ask yourself what pela means. The message is obvious, but the construction of the sentence is not – at least not in our terms.  There is no such thing as ‘direct translation’ which makes it extremely difficult, if not impossible, for nerds like me to make any headway into the world of Portuguese-speak.

On that note I’m off to the pub to join hubby who will, no doubt, have a nice little imperial lined up for me.  Cheers!