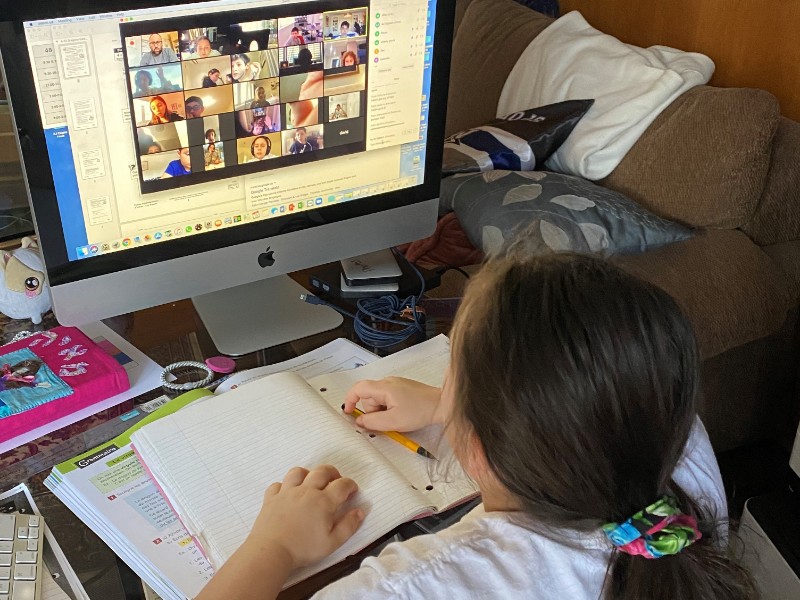 Portugal’s private schools and colleges have quietly resolved to ‘carry on regardless’ – irrespective of the government’s prohibition on distance learning, ‘sneaked in to’ the rules after schools were closed for two weeks on Friday.

At no point in the government’s decree nº 3-C/2021 does it say that private establishments cannot continue teaching remotely. But the moment they declared that this was what they planned to do, education minister Tiago Brandão came down on them like a ton of bricks.

Much as he ‘respects’ private and cooperative education, he said, this “opportunism”, this zeal for “trying to do things differently” “is what has caused so many societal problems”.

Thus “strict adherence to the rules is something that must happen”, he insisted, saying:“all teaching activities are interrupted during this period”.

Private schools however see the stance as a way of trying to save face over the fact that the education ministry simply wasn’t ready to run with ‘seamless distance-learning’ when the government bowed to mounting pressure last Wednesday and resolved to close the nation’s schools for the next two weeks, at least (click here).

Said one head teacher in the Algarve: “We saw this coming weeks ago. We were totally ready to switch back to distance-learning like we did during the last lockdown. The fact that the State system wasn’t isn’t our problem. To be honest, when I heard the government was ordering private schools not to teach their children ‘in the interests of combating a pandemic’, I thought even George Orwell wouldn’t have dreamed this one up”.

In the capital where thousands of parents opt to send their children to private schools and colleges, lawyer and father-of-three Gonçalo Vaz Osório has been so incensed by the government’s order that he has launched a petition which is rapidly gathering signatures.

On the petição pública site, the bid for “authorisation for distance learning in schools” (Autorização do ensino a distância nas escolas) has already amassed over 12,400 signatures.

Gonçalo Vaz Osório is a lawyer, and argues that the government’s ban violates article 43 of the Portuguese Constitution relating to access to education and the right to learn.

He told us, “this is something we need to publicise as it puts the education of a generation at risk”.

In Mr Vaz Osóroio’s opinion, parents who have chosen to pay in order to get the best education for their children, shouldn’t suddenly be told that ‘in the interests in everybody being equal’ their children’s education must be put on hold.

“This has nothing to do with the interests of the children”, he said.  “This is making everything equal to ensure everyone is prejudiced. This will set our children back in comparison to children in other countries in Europe that have been better organised …”

Indeed he argues that the wording isn’t just for children in private schools. “The petition aims to defend the interests of all Portuguese children and teenagers”, he told us. “Distance learning will help minimise the impacts on a generation. The text is designed to impel the State to ensure all schools can benefit from distance learning as quickly as possible”.

Opposition leader Rui Rio (PSD) has already criticised the government’s position for being “the Left at its worst”, a “totalitarian measure that smacks of Marxism” having “nothing to do with the defence of the public interest, even less with the defence of public health…”

Former Socialist education minister Eduardo Marçal Grilo has called the decision “pure nonsense”, telling Rádio Renascença that the right to teach and the right to learn should be sacrosanct – as indeed it is enshrined in the Constitution.

“Distance learning isn’t something that can be regulated in this way”, he said. “You cannot say ‘now you cannot have contact with your students’. It is a great loss for the students”.

On the face of it, most privately run establishments have resolved to ‘accept’ the government’s ruling, while getting creative with their multitude of ‘online support programmes’.

In other words, pupils will remain in touch with their teachers, but no-one will call it ‘distance learning’.

Parents at one of the Algarve’s principal international schools have already received a letter from the school’s board saying: “We do not have the luxury of delaying our learning and we will contest any move to stop us acting in the best interests of our body of students – something the government has failed to do with its irresponsible actions”.

Said Gonçalo Vaz Osório: “I honestly have doubts that the education ministry will even be organised with distance learning strategies by February 5. Private schools need to fight back. I believe it is very important”.

As to the government’s suggestion that time ‘lost’ now to these enforced holidays will be made up by cancelling the Easter break, private schools have been equally scathing.

“We cannot imagine a situation where our children would be faced with five months at school without any time off. We’ll just ‘go along with this’ in theory, but in practice we will stick to our school timetables”, said a source in the Algarve.