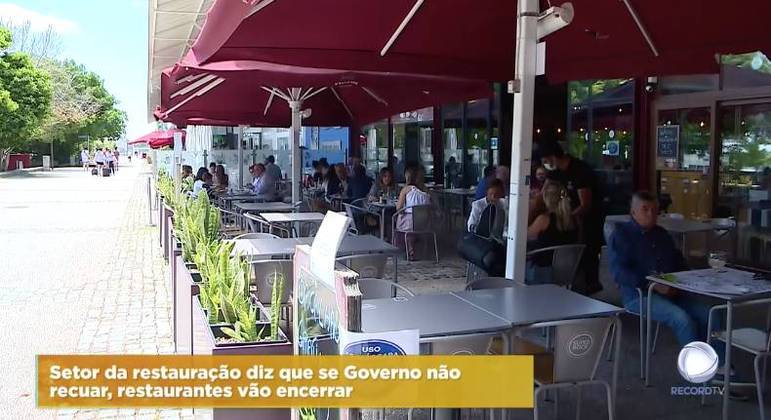 Hours from the moment new restrictions are due to come in for the festive season, the government has been forced into a hasty u-turn over the kind of tests required for entry into restaurants and other activities.

A mutiny within the hospitality sector forced the decision: very few establishments were prepared to toe-the-line.

Some announced they would simply be closing for the days when negative tests verified by a health professional would have been required on top of a valid Covid Digital Pass (click here); others told their clients they would be ‘happy with self tests’ even those these were not technically allowed, while some said they wouldn’t be asking any questions at all.

There is even a website of Algarve establishments balking all measures in force – one restaurant announcing that clients who “believe this nonsense should not bother eating here”.

In this atmosphere of molten fury, the government announced that “self tests” after all WILL be permitted for entry into restaurants and other activities over Christmas and New Year.

Daniel Serra of the national PRO.-VAR restaurant association has praised the decision but suggests it has nonetheless come too late. Far too many people have already been put off even thinking of eating out at a restaurant during the ‘period of containment’ coming into force at midnight tonight.

Not helping the picture are the latest comments by president of the General Medical Council Miguel Guimarães who claims self-tests are not reliable.

Seemingly in a bid to persuade the government to reconsider its decision (announced early this morning), Mr Guimarães has been telling Lusa “there are various studies” proving the failure rates of self-tests (or autotestes, as they are called here).

The problem with all this posturing is that the government’s ‘rules’ were untenable: people cannot book free tests anywhere in time for the holidays. For example, the earliest free tests offered by one Algarve testing centre yesterday were for December 26 – which did not help the couple who wanted to go to a local restaurant on Christmas eve.

Another major problem is the availability of ‘self tests’: these are becoming like gold dust. Even popular tabloid Correio da Manhã carries a tongue-in-cheek ‘letter to Santa’ today, requesting a pack of self-tests as a stocking present as people are running out of places to try to find them.

But in case anyone reading this thinks “wonderful! As long as I can find a self-test, i will be okay” think again: Expresso reports the DGS is “pondering” the possibility of reducing the period of validity of PCR and antigen tests “due to Omicron’s rapid propagation”.

For further details of this new obstacle in the name of public health, see story to come.