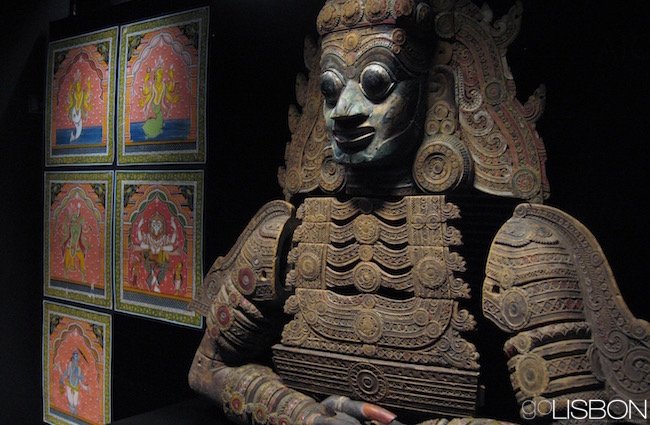 Culture minister embraces ‘woke agenda’; Opposition parties not so sure

It’s a ‘new niche controversy’: last week Culture minister Adão Silva told Expresso it was time to think of returning works of art ‘looted’ from former colonies in the past; this week political parties are ‘reacting’.

PSD social democrats, PCP communists, the Bloco de Esquerda (Left Bloc) and CHEGA all want to hear the nitty gritty. They are requesting ‘a hearing’ of Adão Silva, who himself has said he doesn’t want this issue to “create a polarised public debate”.

To be fair, it is possibly the last matter that could inflame people’s minds right now as so much else, far more pressing, clutters the horizon – not least inflation that has pushed the price of a ‘basic hamper of items’ up by around €36 in nine months (says Expresso).

As might be expected by anyone with any experience of the workings of public institutions in Portugal, “there is no list of works of art from the former colonies, neither in relation to museums, nor archives (…) There could be 10,000, 50,000 or 80,000. The directors of museums won’t even know”, former curator of the Gulbenkian Foundation António Pinto Ribeiro has told Lusa.

Thus the way ahead will be long and painstaking – not really the stuff to maintain ‘a controversy’.

Whether or not the Culture minister does respond to Opposition parties’ request for a hearing or not, slowly the matter of works that by today’s standards should be returned to the place of their origins will be dealt with by museums. But João Neto, president of the Portuguese association of Museums has stressed there are many more other issues in his sector to consider:

“This subject is not a priority for my colleague directors of museums”, he tells Expresso.

Priorities are “resolving necessities of human resources and dignifying museological careers at a time in which there is a dilution of competencies of the professionals managing these collections”.

In other words, this is a very rarified storm in a teacup full of ancient ‘exhibits’, some of which will mean very little to the everyday citizen.

But it is also a ‘popular storm’, in as much as this debate is ‘raging’ in various countries – not least in Paris where the Museum of Humanity has no less than 18,000 skulls, reputedly of African tribal chiefs, Cambodian rebels and natives of Oceania (these also are being ‘kept in the basement’, according to a recent article in the New York Times).