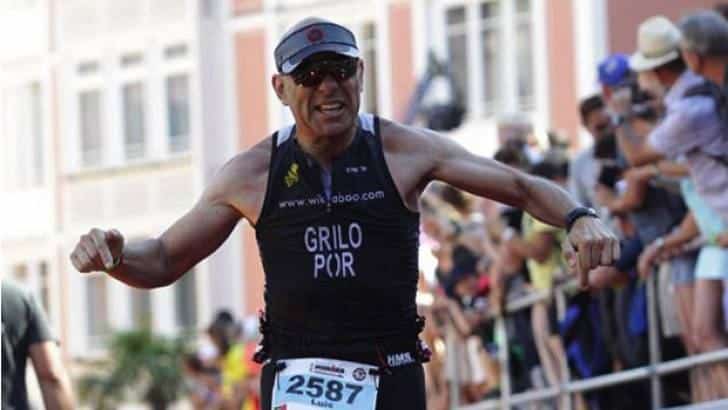 The ‘mystery’ surrounding the macabre death of triathlon fanatic Luís Grilo lifted last week as police arrested his wife Rosa and her purported lover, a divorced court worker said to be saddled with debts.

According to tabloid reports, the duo killed 50-year-old Grilo as he lay sleeping in bed, and then concocted the story of him going on a bicycle ride the next day from which he never returned.

The motive is believed to have been financial.

Police discovered Grilo had taken out a life insurance policy that would pay his 43-year-old wife €100,000 in the event of his death, explains tabloid Correio da Manhã.

With Grilo out of the picture, Rosa would be able to continue in charge of the family business.

In short, she would be able to retain a lifestyle that would not be available through a divorce, and enjoy it with her lover.

But neither Rosa Grilo or her alleged partner in crime are confessing – and family members, particularly Rosa’s father, are said to continue to believe she had nothing whatsoever to do with her husband’s death.

Today, for example, CM reports that “PJ police believe the couple wanted the body of Luís Grilo to be eaten by wild boar”.

That is why they apparently left it in a hunting area of Avis – a location close to the home of Rosa’s own family members.

What hasn’t been explained is why it took six weeks for the body to be discovered.

The man who finally came upon it told reporters back in August that he saw tyre tracks off a country road and decided to see where they led.

Arrested on Wednesday last week, Rosa Grilo and António Joaquim have been held in preventive custody ever since.

The pair was taken before magistrates on Saturday, and both denied what news sources called “authorship of the crime”.

Answers given to police by Rosa have not, however, “made any sense”, adds CM.

Rosa “admitted that her husband could have died at home, but said that if this happened, she was not involved”.

She also told the judge that she did not know whether Grilo had gone cycling on the day she reported him missing – yet this is exactly what she originally said her husband had done, giving the time he set out, and the time by which he ostensibly told her he would be returning (click here).

CM claims the police theory, backed by forensic evidence, involves Joaquim shooting Grilo in the head through a pillow “to muffle the sound”.

If found guilty, the duo risk the maximum jail term available in Portugal, adds the paper.

For now, Rosa Grilo is being held at the women’s prison in Tires, near Lisbon, while Joaquim is still in the PJ prison annexe in the capital.

The 12-year-old son of Rosa and Luís Grilo is being cared for by family members.