Portugal Resident
Home Business Property Moving to the Algarve: All the amenities and services in a sunshine... 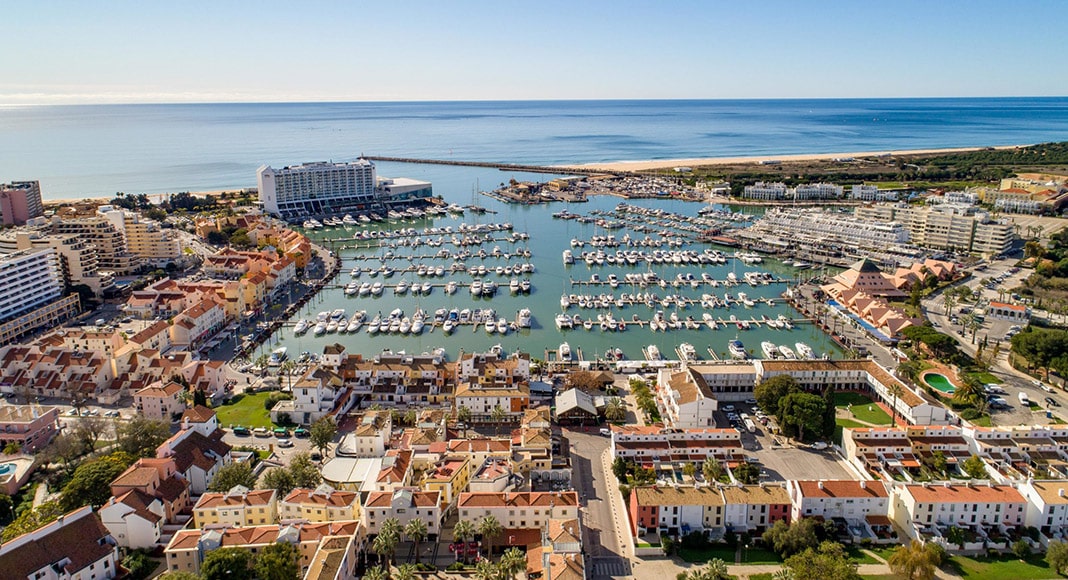 The Algarve has everything to offer business relocators and digital nomads alike when it comes to lifestyle and value for money, but do get advice before making the move, say local Irish and UK business owners.

Brexit, the Covid-19 pandemic and consequent economic uncertainty may have put plans for that move to the sun on ice for many who dream of combining hours of sunshine on golden sun-drenched beaches with hard work, but what is the reality for business owners in the region who have already taken the plunge, and what tips can they give to potential relocators for personal and professional success?

In part 1 of the ‘Algarve Living Series’ organised by the Irish-Portuguese Business Network (IBPN) which took place online on Thursday, January 28, Declan Cassidy, CEO of Lazer Telecom, Kelly Murtagh, Director of Omey Projects, Rob Jenner, CEO of Vilamoura World, and Sharon Ferrell, Chair of the IPBN Algarve, explain why the Algarve has worked for them on so many different levels.

Kelly Murtagh moved in 2010 with her husband Derek and four children after having invested in property in the region and says she’s never looked back.

Sharon Farrell had been coming to the region on holiday for over 20 years and bought property in Vilamoura, which became “a home from home”. Later she had the opportunity to relocate to the Algarve working with wealth and tax advisors Blevins Franks after selling her own financial advisory business.

“Friends and family were very surprised, but it was part of a dream that we had. We did build up a network of friends, but they came and went seasonally, so I realised that I needed to connect and reach out to people and joining the IPBN and other business societies helped me to build a good community of support around me and have a sense of belonging,” she said.

Declan Cassidy moved with his family in 2018 after spending eight years in the Caribbean. “We’ve been enjoying life here, particularly with the proximity to Lisbon, after living in the Caribbean where we felt somewhat dislocated from civilisation,” he explained.

Rob Jenner says he first came to the Algarve in 2004 for a weekend, and was amazed by the scenery and the beaches – and that something “so lovely” was just a two-hour plane flight from London.

Buying a place in 2004, he then sold his business in Germany and moved under the Non-Habitual Tax Residence scheme.

“I was retired and never ever imagined I would end up running Vilamoura World and am very fortunate to be doing that for the last couple of years,” says Rob Jenner speaking of the prestigious luxury lifestyle resort with world-class marina and golf amenities.

Lifestyle benefits
Kelly Murtagh says her work-leisure life balance is really important to her because, with children, you have to juggle many things.

“The one thing I didn’t want as part of my life was traffic, so moving to Portugal and getting rid of three hours of commuting a day was top of the list,” she says, adding that the sun was also a boon.

“My life here has two parts: I wouldn’t be under any illusions though; you work very hard here, but that’s one part of your day, and once that part is over, you pick up your children and then there is another part of the day where you can enjoy outside leisure time, mainly because of the great weather,” she says, adding that it was “pivotal” in the decision to move to the Algarve with her family.

Declan Cassidy, who has three children, says the education offering is excellent in the Algarve, while the health system is also excellent, not to mention the region’s proximity to Ireland making it possible to commute and for the children to visit their grandparents.

“You can be in Lisbon or Seville in just two hours by car, just like you can be in Ireland in just over two hours by plane,” he said, referring also to the sun and a little bit of seasonality, with two or three months of winter in January or February when “I actually get to light the fire”.

The attractions of the Algarve outside work for Sharon Farrell was definitely the climate. Her husband hadn’t been well and when he came to the region felt much better. “I do think it was to do with the extra daylight hours, the light and the lifestyle which is so much better here, not to mention a well-developed business and banking infrastructure, a plethora of solicitors and accountants and other business support,” she says.

Another factor is that English is so widely spoken that you can operate without having to know or learn the language immediately.

“At the time we moved, we had a young child and there is a great variety of sports and leisure activities from kayaking and tennis, to bike riding, with something for everyone,” says Sharon Farrell.

“I think it is the historical, leisure and cultural diversity in the whole area on all levels that is so appealing and I haven’t even begun to explore some of the north of Portugal,” she adds.

Vilamoura
Rob Jenner, CEO of Vilamoura World, points out that the Algarve has 3000 hours of sunshine a year which, on average, is around eight hours per day and which makes a massive difference to quality of life. “You just feel so much better and life is literally sunnier than in Northern Europe,” he says.

“The basics in life in Portugal are more accessible and attainable, as well as being cheaper and, as a resort, one of our features is safety, and Portugal does well as one of the top five safest countries in the world,” he explained.

“If you live in a resort like Vilamoura, we have security contracts, plus the amenities we have – from sailing and horse-riding to golf and tennis, as well as the archaeological museum, bars, restaurants and services which make life easy, and that’s what people look for, as well as the convenience and connectivity with so many flights,” he continues, adding that compared to where he grew up, he had no idea that he would end up in such a beautiful place.

Rob Jenner says that you can find a very rural lifestyle in the Algarve and not too far from the beaches, with a secluded, country lifestyle. This blends with the towns, some of which are traditional – places like Tavira or Lagos have well-defined histories and an old town, but also a modern town around them.

Then you get the working or fishing towns like Portimão, the second city in the Algarve, which is a vibrant, big town. Then, the capital Faro, which has the airport and a blend of everything – and it also has a beach.

“It’s very varied, but you really need to think about the kind of lifestyle you want to lead – whatever that is, there is a place for you,” he says. And why does he like Vilamoura? “It’s just the convenience for me. Everything is taken care of: streetlights, pavements, post office and healthcare,” he says.

Connectivity
If you are a self-employed digital nomad, one vital requirement is fast, efficient and reliable internet connectivity.

Declan Cassidy, who runs Laser Telecom, came from Miami having worked in telecoms there for 20 years.

“I had been under the impression that companies like Comcast in the States would be so far ahead of anything in Portugal and with much better speeds, but when I got here and saw the number of operators, the penetration and high speeds, I was pleasantly surprised,” he says.

On average, the speeds that digital nomads can expect in the Algarve region are between 1.7 and 2X and in terms of fibre penetration, this is 70% in Portugal which makes it a leader in Europe. Even rural fibre connectivity inland is around 53%, whereas there are places in the UK with just around 8% and Ireland too has places lagging behind in terms of penetration and broadband,” he said.

“We can provide speeds of up to 1GB per second and there are not too many operators delivering those kinds of speeds in Ireland, so you can do all the things you would be able to do in Dublin or London but in a pretty setting and a nicer climate,” he concluded.