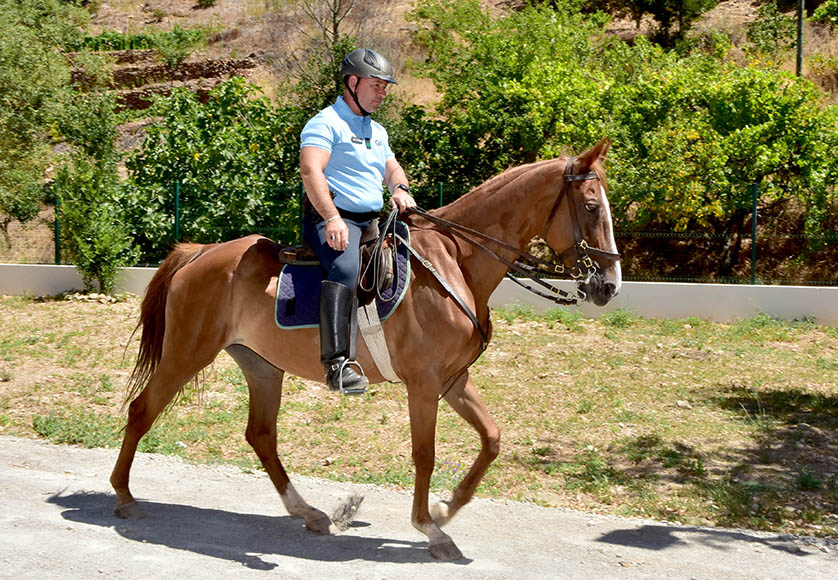 GNR police agents are patrolling the Serra do Caldeirão hills between Salir and Ameixial on horseback until the end of the summer to make sure any potential wildfires are quickly spotted and dealt with.

The mounted police team is based at the Advanced Unit of Civil Protection in Vale Maria Dias.

Teams of two agents are carrying out daily patrols (including on weekends), covering 15km to 18km of land to “protect this mountainous area from potential voluntary or involuntary acts and identify possible arsonists.”

Three routes are being used to patrol the areas around the Cortelha, Fornalha and Montes Novos landfills, said Carlos de Almeida from GNR Faro Territorial Command. “It is important to vary the routes so that it is not always the same routine, otherwise people (possible offenders) will notice,” he explained.

Local populations also play a key role in detecting suspicious behaviours and reporting them to authorities, Loulé Council says in a statement to the press.

The mounted police team will remain deployed at Serra do Caldeirão until at least the end of September – possibly longer depending on how risky the weather is considered to be at the time. 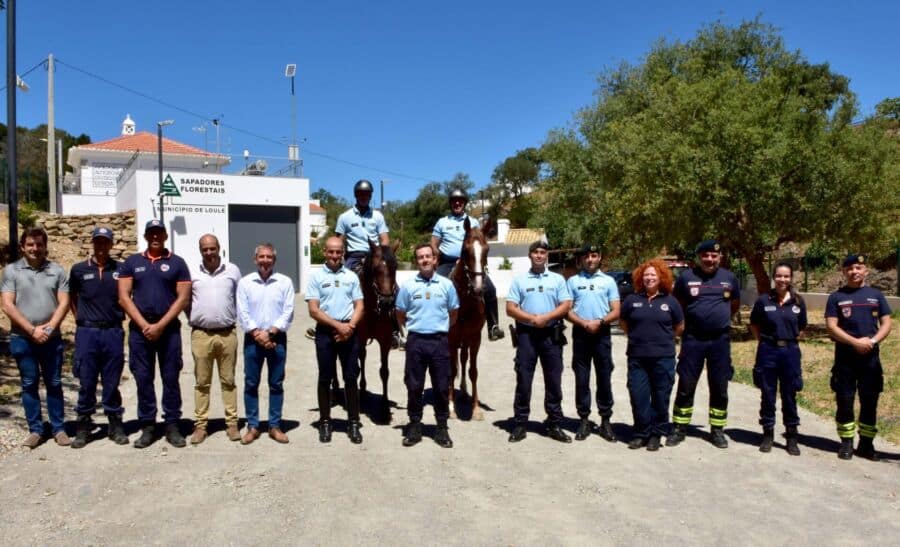 GNR agents are said to be delighted with the conditions offered at the recently-inaugurated civil protection unit – both for them and their horses.

“Loulé Council provides us with better conditions to fulfil our mission in the best way possible, given that not only our agents but also our horses have all the comfort (they need),” said Carlos de Almeida.

Meanwhile, the parish council presidents of Ameixial, José Carrusca, and Salir, Francisco André Rodrigues, are already singing the praises of the project.

“This kind of service is always welcome, especially when it is for the good of populations,” said José Carrusca, while André Rodrigues stressed that the project does not focus solely on preventing fires, it also makes locals “feel safer” thanks to the constant presence of police agents.

“Bringing more resilience and presence” to Serra do Caldeirão is described as the project’s goal, said Loulé councillor Carlos Carmo, who hopes the initiative will be replicated in other parts of Portugal.

So far, the results in Loulé have been “very positive as the number of fires is quite low”.

As most wildfires have broken out to the south of the town of Loulé, Carmo hopes that the project can be expanded to the coastal part of the borough next year.

“We have to create mechanisms to have some kind of permanent surveillance, particularly in the areas of Trafal and Ludo which are more fire-prone,” said the councillor, adding that the council is already working on this.