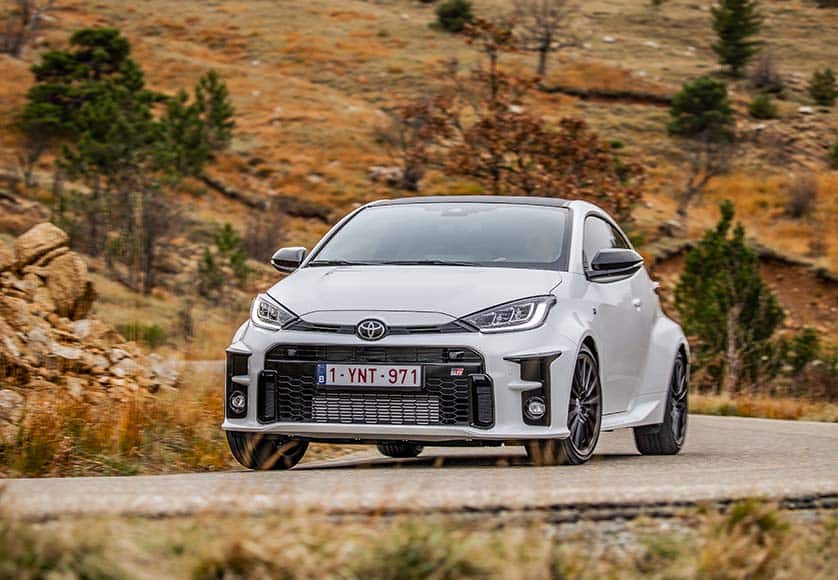 A 22-year-old kid is the best rally driver in the world at this point in time. Can he become the best…ever?

Harri Rovanpera was a fine rally driver. He drove in the World Rally Championship from 1993 to 2006 and was often a fan favourite in gravel events, where he usually excelled.

His greatest racing achievement was coming fifth in the standings in 2001, a mere eight points behind title winner Richard Burns, despite missing two rallies throughout the year. Had he competed in both those events, he would have had a shot at first place. In the end, he won but one rally, the 2001 Swedish round of the WRC.

Like many that have come before and after him, Rovanpera was gifted behind the wheel, someone who could bond with a car in a way you and I can only dream of, but there was always someone even better than him.

However, by the time Harri finished first on the 50th run of the Swedish Rally, on February 11, 2001, his most important act for the history of motorsport had already taken place. He became a father on October 1, 2000, to his son, a baby boy he called Kalle.

And Kalle has just become the youngest ever world rally champion at the age of 22. He was actually 22 and a day, as he celebrated his birthday on the eve of his title. Kalle, unlike his father, is not a gifted driver – Kalle is a genius, one of the greats of all time. It would be a risk to write this about someone so young, but it’s not just me saying it.

His colleagues, his rivals, past racing drivers, the whole motoring press, everyone is in awe of this kid, who won his first world rallying event at the age of 20 (also a record) and has already racked up six wins in 11 entries this year. With two rallies left, he already sealed the championship.

Also, unlike his father, and really most other drivers, he is not better in one specific surface. Fact of the matter is he won in Sweden, in the snow; in Portugal, on gravel; the Safari rally, on a mix of sand and mud. Only tarmac missing on his list, but Spain and Japan are two opportunities still to go in 2022 he won’t want to miss – and who would bet against him?

You see, Kalle is the latest, greatest Flying Finn, a term coined to identify the best drivers coming out of Finland, by far the country who has produced more racing greats than any other nation.

There is a perfectly good explanation for this and if you google ‘Kalle Rovanpera 8 years old’, you will immediately understand. In Finland, it’s just normal for kids to drive on ice and on gravel on closed roads since they are able to reach the pedals. I guess it’s a cultural thing in families with racing ties or simply interested in motorsport.

And because they start so early, they develop faster than others. And because so many of them do this, there’s just more very good Finnish drivers than French or German or Italian or (insert country at will).

In the case of Kalle, he was groomed by his father since he was a small child to be a rally driver. And to all the work he has done, he adds a talent that comes once in a generation. Besides rallying, he is a drifting champion in Finland. He does it because he likes it – and he says it hones his skills as a rally driver too. But he is also a national hero and the biggest talking point in the country at the moment.

Finland loves cars and racing and since the arrival of the two Frenchmen called Sébastien (that’s Loeb with nine titles and Ogier with eight), Finland had not had a rally champion in 20 years.

Kalle was barely two years old when his countryman Marcus Gronholm took the title in 2002, but now he is set to be the man – I mean the kid – to beat for the next decade. And he really is a joy to watch. It seems he is never pushing too hard; he is just taking the car as far as it has to go to be faster than anyone else.

What car? The instantaneous icon Toyota GR Yaris Rally 1. Just like the road version, the rally car is just better than everything else, while Kalle is just (much) faster than everyone else.

Kalle and the Yaris are a match made in heaven and logic says they will be unbeatable in 2023. But he will have a kind of pressure upon him he has never felt before. He has to win. The stage is set for a fabulous season and my spot in the living room sofa is booked. 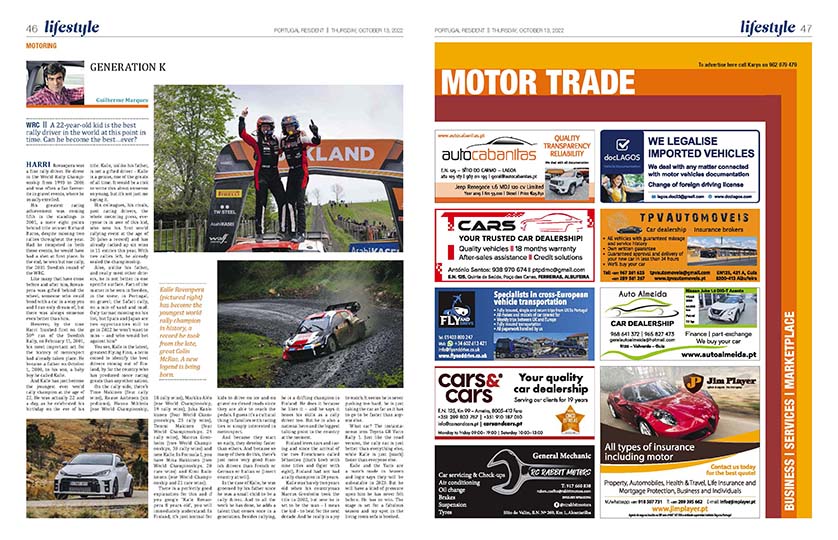