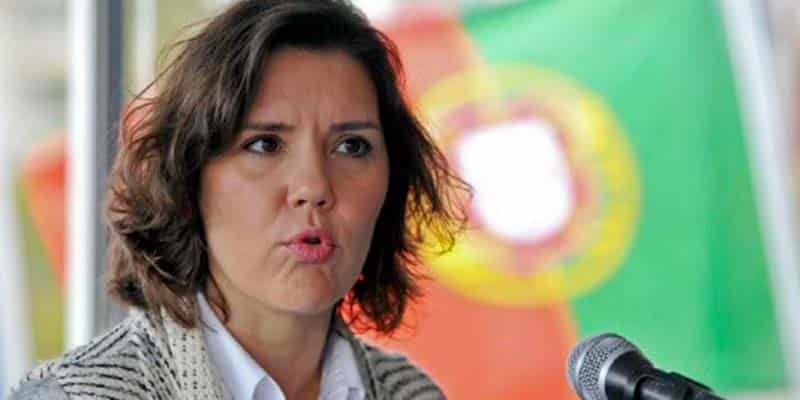 Seizing the big day of the latest ‘national strike’, CDS-PP leader Assunção Cristas has presented a motion of no-confidence in the executive of António Costa, claiming the government is “wiped out”.

“The prime minister is putting the (Socialist) party ahead of the country”, she said in a declaration made from her party’s HQ in Lisbon.

“It’s a government of minimum public services and maximum fiscal load”, she stressed, “enumerating various cases in which public services have been degraded” – health being the most obvious, and an area where, she claims, patients are now “obliged to take their sheets into hospitals”.

Cristas delivered a blistering attack on the party that she has delighted in deriding for months, recalling even “episodes where trains have lost their engines”.

“The government is worn out and the prime minister lost”, she continued. “This majority has no future. The only future it thinks about is October (the date for legislative elections)”.

Says the woman who led the ministry of agriculture during the last government of centre-right Pedro Passos Coelho, “it’s time to give Portuguese people their say” and it would be “preferable to call elections now than spend the next eight months on an electoral campaign”.

The timing was perfect. 90% of the country’s schools have remained closed today as public sector workers supported the latest call for a national strike.

Council offices, courts, notaries offices and hospitals were all due to be affected as this year has already seen 112 ‘pre-warnings’ of strikes to come.

Says Público, last year the government faced a total of 260 walkouts – three times the number convened during the era of the ‘austerity government’ of Passos Coelho.

This was Assunção Cristas’ second motion of censure during the lifetime of this government. The first being presented in October 2017 after the forest wildfires that killed over 110 people.

She itemised all the perceived failings of a government that has slashed public investment telling her audience that, in her opinion, Portugal is now “going backwards”.

The motion is destined to fall. Left-wing allies have already confirmed they will be voting against it and commentators are saying that this was simply a way of sidelining the PSD ahead of this year’s election campaign.

The motion’s text has been passed now to parliamentary leader Ferro Rodrigues and will almost certainly come up for debate mid-week next week.

But with all the public sector strife bubbling so close to the surface and the ‘slowing down of economic growth’, 2019 is just looking more and more ‘problematic’.