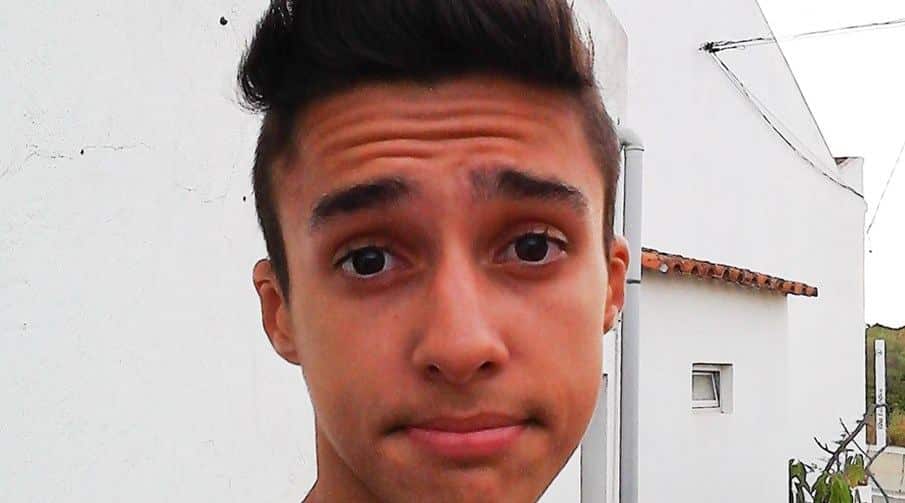 A week has passed and there is still no sign of Portimão’s 15-year-old missing schoolboy Rodrigo Lapa. Though his cell phone has been turned off since the day he disappeared (February 22), his mother Célia Barreto is clinging to hope that it may be the “key” to the mystery.

“I’m hoping police will be able to trace it somehow,” she told the Resident shortly after an interview with PJ criminal police this morning.

So far, all other attempts to find Rodrigo have hit a brick wall.

Search dogs were used on Thursday (February 25) near Rodrigo’s home and school but no trace of the youngster was found.

And though missing posters are plastered all over Portimão – and have even been posted on Spanish website sosdesaparecidos.es – no sightings of Rodrigo have been reported.
“It’s very hard not knowing what happened. I just want my boy back,” his mother told us.

He was described as wearing “sweatpants and a black and white beanie” and using a “pink audio device” as he went on his way to catch the bus to his Estômbar school.
It is not even certain that Rodrigo made it to the bus, as no one travelling the route last Monday has come forward to say they can remember seeing him.

Rodrigo has been described as a “good boy, liked by all” who was studying to become a Chef. (click here)

Anyone with any information about him should get in touch with police.