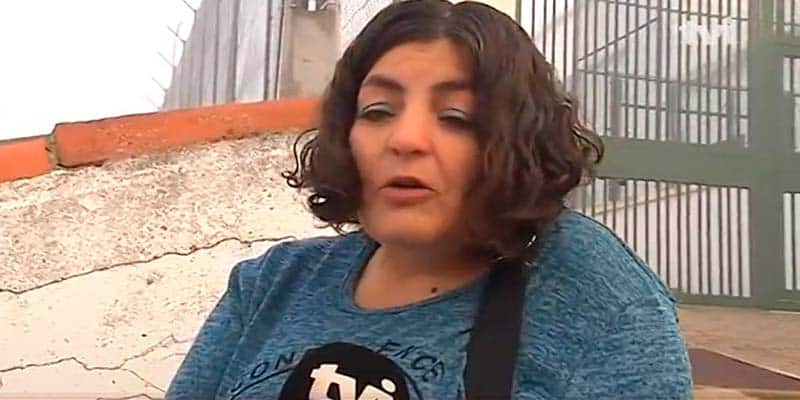 Leonor Cipriano – the Algarve mother jailed in 2006 for the murder of her eight year old daughter Joana – has been released after serving five-sixths of her sentence.

Talking to TVI24 at the gates of Odemira jail this morning, she said she was leaving with her head held high.

“I am going to work. I have a little job. I don’t need to say anymore”.

But the questions remain. What really happened to tragic Joana whose body has never been found?

Leonor and her now estranged brother João admitted in court that they had killed the little girl at her home in Figueira, midway between Portimão and Mexilhoeira Grande.

João claims to have cut up her body and hidden it in a chest freezer. The child’s remains were later ‘fed to the pigs’.

“I didn’t hurt her, I just killed her”, João told the court which originally passed sentences on him of 19 years and two months, and on Leonor of 20 years and four months.

The prosecution’s case was based on the theory that Leonor and João were engaged in an incestuous relationship – and that they killed Joana for having walked in on them both in bed.

But there have always been those that doubted the story – neighbours particularly. And now Leonor has once again insisted that she had nothing to do with her daughter’s disappearance, least of all her death.

In the mists of this morning in the Alentejo she answered the question “what happened that night when Joana left to go shopping ?” with “she left and never came home. Anyone who says she came home is lying”.

Leonor claims the only reason she admitted to having killed the little girl was because she was tortured by agents of the investigating PJ police.

“They tortured me so much, they left me black and blue from so much punching that I reached the point where I didn’t know what I was saying…”
This too is a sore point in the case: PJ inspectors Gonçalo Amaral and António Nunes Cardoso were given suspended jail sentences for profering false testimonies over the beating.

The condemnation was used liberally to discredit Amaral when he later went on to coordinate the investigation into the disappearance of Madeleine McCann.
But back to Joana, and fact that a body has never been found. Leonor told TVI this morning: “I was condemned without proof. I did not kill my daughter I would never have hurt her”.

Even more, she claims that she “will go everywhere” she can to look for Joana, who would now be 22 years old.