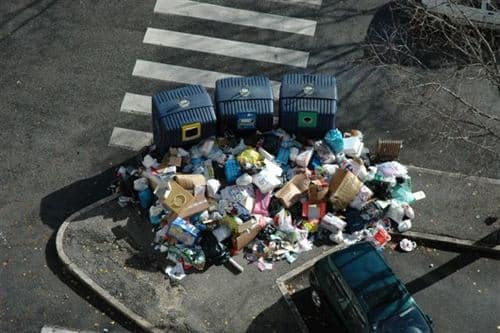 Privatisation || SUMA, a consortium led by Portuguese construction group Mota-Engil, has won the tender for 95% of the share capital of Águas de Portugal Group’s sub-holding company EGF (Empresa Geral do Fomento) – the entity in charge of Portugal’s waste management.
But the plan is still a bit sketchy. Although a report released by Águas de Portugal says that SUMA made a €149.9 million bid for EGF while Spanish group FCC (Fomento de Construciones y Contratas) ‘only’ offered €145.3 million, the Spaniards have said they are “unsatisfied” with these results and are pushing for another chance to show their offer is every bit as good as SUMA’s.
The deal is also being heavily contested by municipal authorities, many of which have filed injunctions.
Meantime, Portugal’s competition authority ADC has recommended EGF’s decentralisation, maintaining that running all waste management companies under one entity impacts negatively on the efficiency of its tariff plan.
According to the Ministry of the Environment, waste management tariffs will drop around 20% once the privatisation deal goes through.
It now remains to be seen what the government decides.
If SUMA does end up taking over EGF, it will be granted exclusive rights to the transportation and treatment of solid waste from 60% of the Portuguese population.