Portugal Resident
Home Original Most embarrassing place to live in 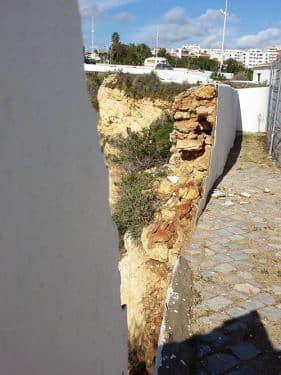 Now the residents of Shitterton in Dorset are braced for more toilet humour after it topped a poll of places with the most embarrassing names in Britain.

The village beat Scratchy Bottom, also in Dorset, and Brokenwind in Aberdeenshire to top the list of places with the most unfortunate names in the UK.

Dorset can boast three of the top ten, with Happy Snoring coming in tenth in the table which came as a result of polling 1,773 people.

Crapstone, on the edge of Dartmoor, Devon, is fourth while Golden Balls, which is five miles south of Oxford, is fifth, in the survey carried out by family history website, findmypast.co.uk.

Shitterton, which lies in Dorset’s Piddle Valley, has been called ‘the village that dare not speak its name’.

However, residents recently clubbed together to pay for a 1.5 ton slab of local marble, carved with the Shitterton name, to be placed by the roadside at the hamlet’s entrance.

This replaced a more conventional Shitterton road sign, which kept getting stolen by souvenir hunters.

The origins of the name Shitterton are uncertain but one theory has it that it means simply ‘the village on the stream that is used as an open sewer’.