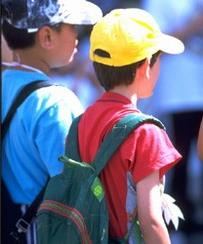 STATISTICS WERE released by Tavira Câmara this week revealing the number of foreign pupils currently studying at the borough’s schools. The current trend of emigration to Portugal by nationals from countries including the UK, Germany, Ukraine, Romania, Brazil and Mozambique, among others, means that a greater cultural mix is evident in many towns and cities, and there is a wider range of nationalities among schoolchildren.

More than 100 children of immigrant parents are being educated in Tavira and the Câmara is following the phenomenon with interest. It recently chose to compile a brief report revealing the nationalities and the number of foreign children currently studying in the borough.The study is based on data compiled from 13 Escolas de Ensino Básico (junior schools) in the borough that include those in Amaro Gonçalves, Corte António, Conceição, Luz, Cabanas, Cachopo, Livramento, Santa Catarina da Fonte do Bispo, Santa Luzia, Santo Estêvão and Tavira, and from four nurseries from Conceição, Luz, Estêvão and Tavira.

Of the 1,185 students at these establishments, 1,077 are Portuguese and 108 are foreigners, representing 10 per cent. The break down by nationality is as follows: Romanian (21), Brazilian (20), German (11), English (nine), Ukranian, Moldavian and French (eight of each), Cape Verdian (six), Bulgarian (four), Chinese (three), Polish (two), Spanish, Mozambican, Venezuelan, Dutch, Danish, Russian, Colombian and Swedish (one of each).

The school with the most foreign pupils is the EB1 No2 de Tavira (Porta Nova) with a total of 34. The nationalities of those children are as follow: Romanian (10), Brazilian (5), Moldavian (5), French and Bulgarian (three of each), Ukrainian and German (two of each), Spanish, Cape Verdian, Russian and Chinese (one of each). The other schools in the borough with the highest number of foreign pupils are Santa Estêvão (16) and Escola EB1 No 1 de Tavira (14).

This study has permitted an analysis of the current immigration trend, with particular regard to the Tavira borough. The council hopes that, by choosing to settle in Portugal, these families will enjoy an improved quality of life.