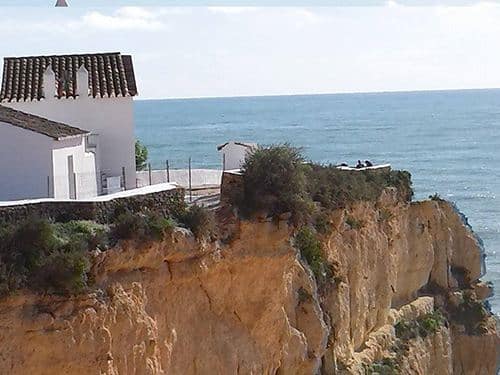 The writing has been on the wall. Although taxpayers in Portugal may feel they are already paying more than enough tax, some form of further tax rises was inevitable.

In early September, Prime Minister Pedro Passos Coelho acknowledged that he could not rule out more tax rises, even though the tax burden on Portuguese taxpayers was already very high.

Tax revenues are falling, deficit reduction targets are slipping, unemployment is soaring, and there is no clear end in sight to the Eurozone crisis. The continuing macroeconomic background besetting Eurozone governments such as Portugal has led to them recognising the need to raise tax revenues.

Many governments, now including Portugal, are looking more closely at capital and wealth taxes to help boost revenue, which would affect retired expatriates who own property and investment assets. This is the time to look to protect your assets from tax by speaking to a tax and wealth management firm like Blevins Franks.

Tax revenues fell sharply over the first half of the year, with the latest data revealing another drop in July.  Over the first seven months of the year, fiscal revenue was €2.8 billion less than forecast. The Finance Ministry had been expecting it to grow by 2.8% over 2012, but found itself faced with a 3.5% year-on-year decrease over January to July.

The International Monetary Fund, European Commission and European Central Bank (“Troika”) finished their fifth quarterly evaluation of Portugal’s €78bn bailout programme on September 11. It concluded that although the country was “broadly on track” with its economic and fiscal reforms, higher unemployment, lower disposable incomes and a shift in tax bases away from more highly taxed activities have  resulted in government revenues “lagging significantly” behind the budget plans.

The Troika agreed to give Portugal an extra year to meet its budget deficit targets, which were revised from 4.5% to 5% of gross domestic product (GDP) for this year; from 3% to 4.5% next year and to 3% in 2014.

This extension does not remove the need for further tax rises – the opposite in fact, with Portugal agreeing to implement further austerity measures. This included a number of proposed tax measures as outlined by the government on September 7 and 11.

The measure which received all the attention was the proposed increase in employee social security at the same time as cutting employer contributions. After the massive public outcry and demonstrations, on September 24 Passos Coelho said that this plan would be scrapped.

He stressed, however, that his administration must still fulfil its obligations to international lenders and so would need to find other ways to achieve its targets.

The government is therefore now likely to raise income taxes next year instead, as well as hike taxes on capital gains.

The initial tax proposals announced on September 11 included other measures that are likely to receive comparatively less opposition.

The government had said it planned to significantly reduce the number of progressive personal income tax brackets. With the intermediate brackets removed, many people would pay more tax.

And, in a sign of the times, the government proposed to increase capital taxes. Tax on investment income – capital gains, dividends, interest and royalties – would be increased from 25% to 26.5%.  Last year the rate was 20%, so you would be paying almost a third more tax on your investment income and gains.

Another proposal was to increase stamp duty on properties valued at €1 million or more with effect from this year.  Next year would see higher taxes on luxury goods like cars, boats and aircraft.

At the time of writing, we do not know what the final tax measures will be, but it seems clear that more tax rises are just around the corner, quite possibly on income, capital and wealth.

The tax changes must be included in the 2013 budget proposals and approved by the EU and International Monetary Fund before they can authorise the next instalment of bailout fund.

Portuguese taxpayers have already had various tax rises imposed on them over the last couple of years.

The top rate of income tax increased from 42% to 46.5% in 2011, with a 2.5% surtax being imposed on higher earners this year and next. The flat rates of tax imposed on interest, capital gains and dividends jumped from 20% to 25%. Where the capital is held in a tax haven (including the Channel Islands and Isle of Man), it is even higher at 30%. Properties are also being re-valued ahead of a property tax rise.

Talk to a tax and wealth management firm like Blevins Franks, which has an in-depth knowledge of both Portuguese and UK taxation and how they interact, and which understands the local tax implications the Euro crisis has for British expatriates.

It will guide you through the tax planning opportunities to lower your tax liabilities in Portugal, as well as in the UK if necessary.

The tax rates, scope and reliefs may change. Any statements concerning taxation are based upon our understanding of current taxation laws and practices which are subject to change.  Tax information has been summarised; an individual should take personalised advice.

To keep in touch with the latest developments in the offshore world, check out the latest news on our website.