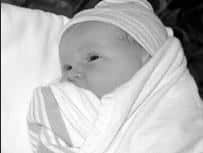 THE BIRTHRATE in the Algarve continues to rise, according to statistics for 2005 released by the Instituto Nacional de Estatística (INE).

Portugal’s national institute for statistics registered 4,950 births in the region last year, 178 more than in 2004.

With the exception of 2001, there has been a constant increase in the number of babies born in the region every year during the last decade.

According to the data released by INE, in conjunction with statistics supplied by maternity units in the region, children are being born in the Algarve to mothers from every continent and from all corners of the world.

Kofi Annan, Secretary General of the UN, said during a speech made at= the commemorations for International Migrant’s Day (December 18) last year: “The global economy is becoming more and more dependant on the migrant workforce. Immigrants are contributing with their skills, knowledge and will to work in their host communities. Their presence promotes the exchange of ideas and stimulates cultural and scientific development. Societies would be much poorer without the contribution of immigrants.”