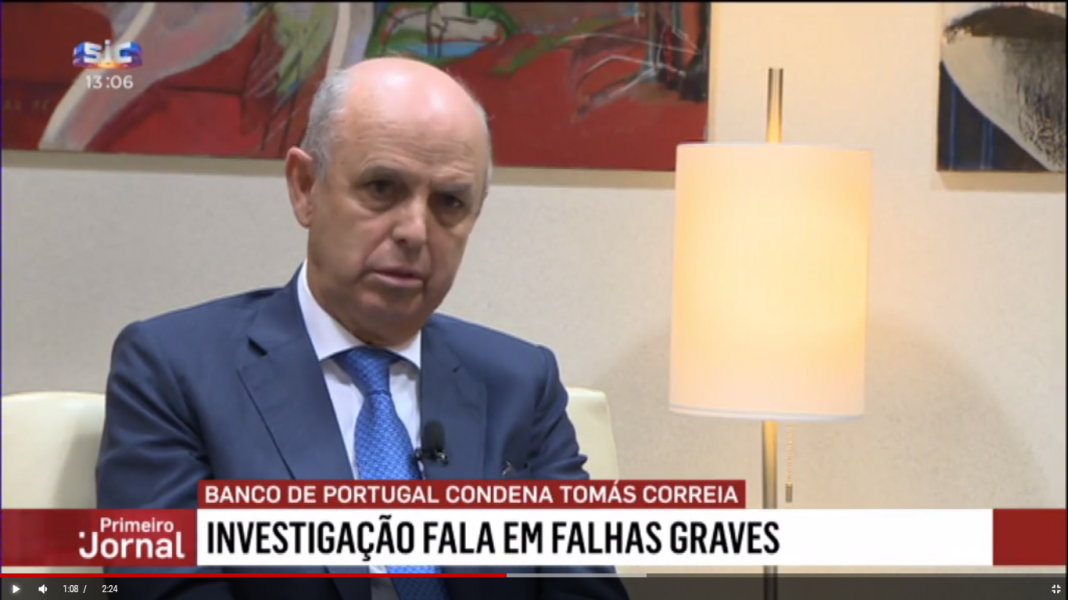 Another bank, another banking boss found to have committed ‘grave irregularities’. But in the case of Tomás Correia – fined €1.25 million by the Bank of Portugal for mismanagement at Caixa Económica Montepio Geral (formerly Banco Montepio) during the years 2009-2014 – he has not had his licence revoked.

Says Observador, the central bank’s decision “does not presuppose any inhibition of Tomás Correia exercising functions at the bank, nor in the ‘mutualist association’ where he currently holds the position of president”.

Nonetheless, the question of Correia’s suitability has been raised, “due to various investigations”, not just by the Bank of Portugal but the Public Ministry as well, the online media source explains.

“One of the investigations was in respect of loans to businessman José Guilherme, who managed to get credit from the mutualist association to the value of €8.5 million, afterwards paying the same amount to Ricardo Salgado” – the former boss of Banco Espírito Santo, and himself variously fined by the Bank of Portugal and now described as ‘on the attack’ (click here).

Correia’s fine follows a forensic audit and centres on loans made between companies within the Montepio group, says Observador – adding that the banking boss “has not shown himself available to give further commentary”.

Correia has however let it be known that he will be challenging the Bank of Portugal’s decision, which fines him for ‘seven illicit acts’.

According to reports yesterday, seven former fellow bank directors have also been fined, though for ‘lesser amounts’.